Sixty years of heritage and heroes at the Finn Gold Cup

Sixty years ago the inspiration of two men set in motion the beginnings of a pinnacle sailing event, the enormous challenge of which has transcended generations and remains to this day one of the most coveted trophies to win in the sport of sailing. 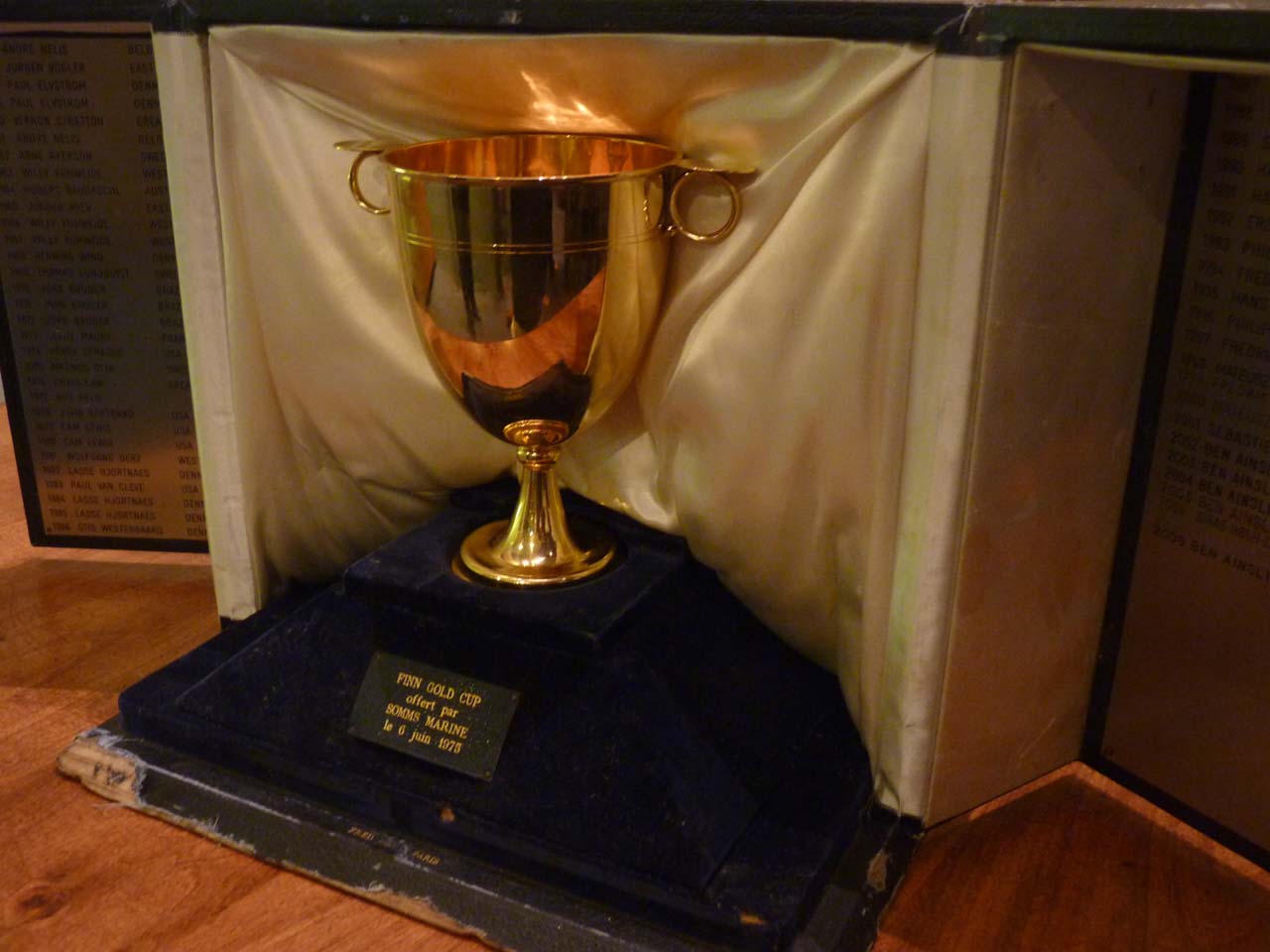 Sixty years ago the inspiration of two men set in motion the beginnings of a pinnacle sailing event, the enormous challenge of which has transcended generations and remains to this day one of the most coveted trophies to win in the sport of sailing.

The Finn Gold Cup was offered to the Finn class by Frederick G. 'Tiny' Mitchell of the Royal Corinthian Yacht Club in Burnham-on-Crouch in the UK on the suggestion of Vernon Stratton, a later President of the International Finn Association and also winner of the Finn Gold Cup in 1960. Neither man could have envisaged that this diminutive trophy would have such a high stature and still be hotly contested by the world’s best young sailors six decades later.

The first event was in fact sailed at Burnham-on-Crouch and won by André Nelis (BEL), with the great Paul Elvstrøm (DEN) beaten into second.

Over the past sixty years the Finn Gold Cup has been a beacon for supreme accomplishment in the sport of sailing, and one of its incontrovertible assets has been its inclusiveness. It is controlled by a Deed of Gift, which states the objective is to bring the maximum feasible number of young sailors from as many countries as possible for a week of racing.

Each year, young Finn sailors race against old Finn sailors. The highly experienced Finn sailors compete against the novices. It is part of the journey and tradition of the Finn class that Olympic medallists are able to line up alongside starry-eyed youngsters and compete on an even footing.

To compete in a Finn Gold Cup is to compete against some of the best sailors in the world. It is an education and a privilege.

The Cup, which was replaced in 1975 after the original was lost in an air crash in 1973, along with the holder, Jorg Bruder of Brazil, on his way to defend his title in France, has been presented every year except one when it was withdrawn for political reasons.

Over the years the Finn Gold Cup has been held in most corners of the world, helping to develop and encourage local fleets: Rio, Moscow, Bermuda, Tallinn, Toronto, Long Beach, Auckland, Mexico have all witnessed the Finn Gold Cup, taking sailors to places that the normal regatta circuit often doesn't touch.

In 2016 for the 60th Finn Gold Cup the class returns to Italy for the first time in 27 years. Gaeta will be the fourth time the championship has been sailed in Italy after Anzio (1972 and 1984) and Alassio (1989). It might also be interesting to learn that Italy has only ever medalled twice in the Finn Gold Cup. Adelchi Pelaschier won bronze in 1958 and Luca Devoti won silver in 1997.

No conversation about the Finn Gold Cup would be complete without mentioning some of the many legends that have looked the ultimate challenge square in the eye, and taken their place in sailing heritage.

The most successful sailor in the Finn Gold Cup was Ben Ainslie (GBR), who won the Cup six times between 2002 and 2012, including an unbeaten four-year run. Fredrik Lööf (SWE) won three times and also picked up three silver and bronze. His medal tally is only matched by Nelis who won twice, has three silver and two bronze medals.

Jorg Bruder (BRA) picked up six medals, and his three consecutive wins remained unbeaten until Ainslie won his fourth title in Moscow in 2005. Giles Scott (GBR) also has three wins as well as a bronze to his name and is the only three-time winner still sailing. Lasse Hjortnæs (DEN) won three times and was twice runner up, while Willi Kuhweide (GER) also won three titles.

Of the other current sailors Ed Wright (GBR) has picked up five medals, including a title win in 2010, while Jonas Høgh-Christensen (DEN) has four medals including two titles.

The 60th Finn Gold Cup begins on Thursday 5 May. Racing begins on Sunday 8 May with a 10 race opening series before the final race and medal race on Friday 13 May.

By the end of next week there will be one more hero on the famous Cup.