Put five top Finn sailors on a beautiful stretch of turquoise waters, 25 knots of wind and baking hot sunshine and you have a recipe for some magic happening. Magic happened today in Palma. 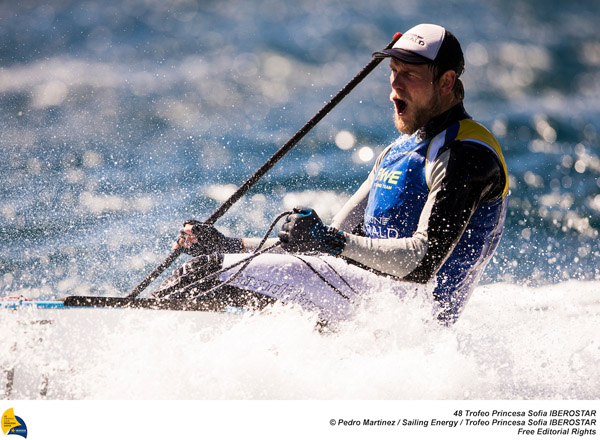 After a spectacular final race as Palma turned on everything it had, Sweden’s Max Salminen won the 48th Trofeo Princesa Sofia IBEROSTAR from Hungary’s Zsombor Berecz, and early race leader Alican Kaynar, from Turkey.

Over the past week, 57 Finns had been whittled down to just five. The winner takes all medal race is a new concept to the Finn class, but Palma delivered in spades for a final spectacular that was only decided by who was brave and skilled enough to make the final gybe to the finish. 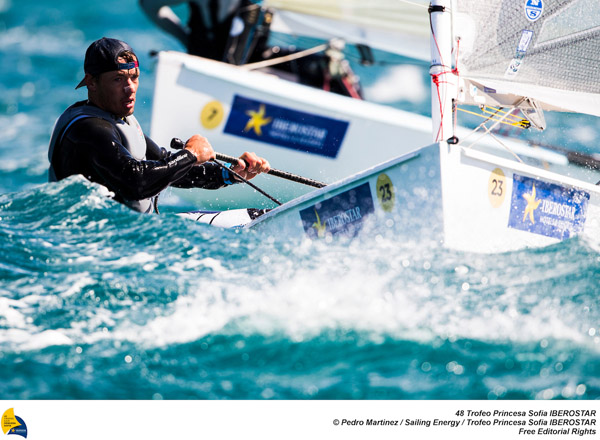 The start was even with Nicholas Heiner, from the Netherlands, setting up early and starting on port behind the small fleet. The first beat was quite even, with flatter water on the right closer to shore.

The leaders came from the left but it was all very close at the top mark. Kaynar led Salminen, Heiner, Berecz and Deniss Karpak from Estonia

There was no change on the first downwind, but nobody was brave enough to gybe and all took the left gate. The fleet was back close together.

On the shorter second upwind, the three leaders went left with the other two on right, but at the top mark it was still the same order with the top four boats still really close.

The downwind was very quick with no order change to the gate, but everyone needed to gybe and reach to the finish.

Kaynar gybed first and capsized. Salminen just avoided a capsize and sailed on to win. Heiner also capsized, but Berecz gybed well and just managed to pass Kaynar, who was now sailing full of water, and was overlapped at the finish. Heiner and Karpak followed them over the line seconds later. Wow what a race. 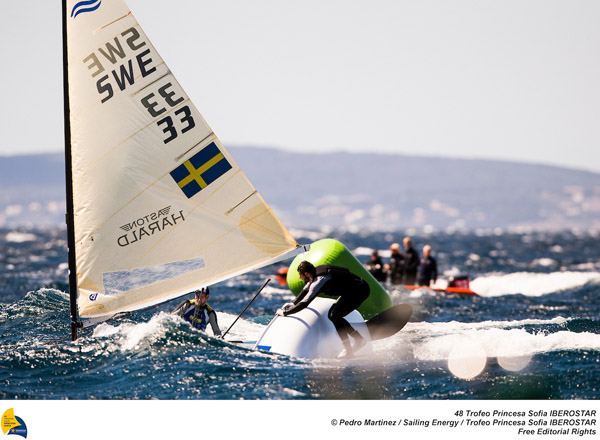 Salminen described the race, “It was a really tight race the whole way even though it was a really shifty wind coming off the mountains. It was hard to tell how much wind it really was when the sun was baking at the same time, but 25+ knots at times I'd imagine.”

“I was sitting in second the whole race around after Alican. But everything was to be decided in that last gybe to the finish. Alican broached, and then I broached a little bit less and the Hungarian must have gybed pretty clean because he managed to squeeze in between us in second.”

“Due to the conditions there were not many tactics in it. But also, in the nature of a back-to-scratch final I think everyone's aim was just to get around the course as fast as possible, and not think too much about other boats.” 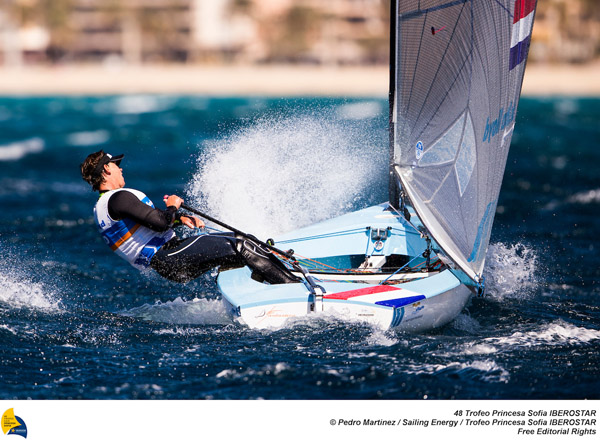 Heiner commented, “It was an interesting race today. I think it was quite a bit of a show with 20-30 knots and some steep chop. The key moment was the last gybe at the bottom mark. Alican went from first to third and I went from third to forth because we capsized. So for sure it was a day for boat handling.”

“And we had some really nice shifts up the beat and I was surprised I could keep up with guys like Max and Deniss. And speed wise I was happy with that, but a bit disappointed with coming away with the fourth place, especially as I had sailed a pretty conservative race and always up there and top three.”

On the format, “About this winner takes all format, I wouldn’t say it’s a different boat race, you are still at risk against the board, but for sure you see, especially yesterday in the Semi-Final, if people are behind you see them do a bit more risky stuff than they would normally do in a normal medal race because they know they need to take the risk to get back into the race. So for a lot of people it changes the mindset a little bit. Today was like a training race, I think it was good fun, and I think the top three guys this week came out on top, but it’s also the three guys who go well when it’s windy. So pluses and minuses so far.” 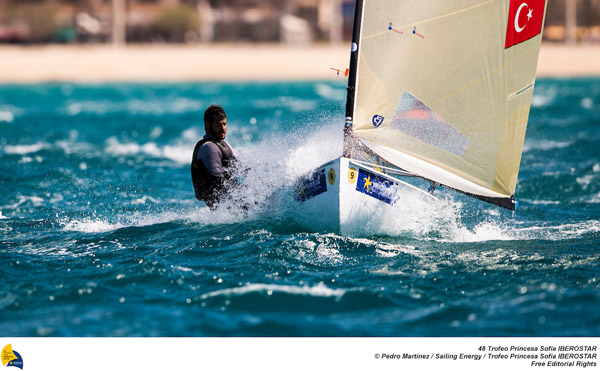 Kaynar, who had won the opening series before advancing to the final, said the conditions were really difficult. “My first goal was to concentrate on my boat speed and try to take a good position after the start which I could do in the first half of first beat. Then I had a good shift and just took the lead before the mark. The rest was just about defending. I was good on that until last reaching where I capsized and lost the gold medal.”

“If I look at the week overall I am happy with my performance, and looking forward to racing in Hyeres.”

About the format, “We can have a lot scenarios where unfairness can happen and sometimes it can fit just nice. But we should consider what is plus and what is minus and make a decision based on what is good and fair for sailing.” 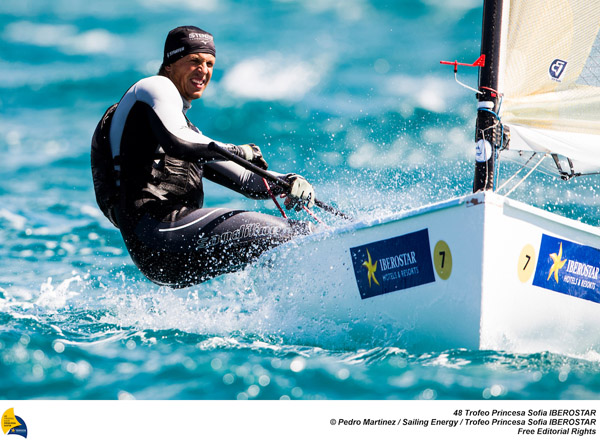 Karpak said, ‘It was nice show, spectacular race; something similar to 49er medal race in Beijing. The medals were played out at the last metres of the course.

“I was always close to catching up, but I still look for the better settings and equipment for 23+ knots. We had 25 and 29 gusting, with hard waves. But I made a mistake at the last downwind, and went underwater. I am happy with my performance and the result. Fifth is my best place here.”

“Interesting format, but we need to play around.” 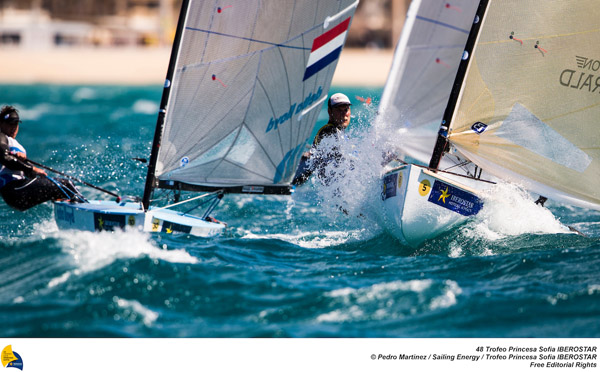 So what next? What have we learned from the format test this week?

The format largely worked, except perhaps the Semi-Final where three sailors were already selected by points. In the end, the sailors who ended up in the Semi or the Final all deserved to be there. The two finals demanded that the sailors performed on the day and not take risks. No one doubts that the Final wasn't spectacularly exciting to watch.

It is certainly sparking a discussion within the fleet and will hopefully lead to a more exciting, more thrilling and more nerve-wracking format, for sailors and spectators alike.

Over the next few weeks the Finn class will produce a survey to analyse the pros and cons of the format and perhaps fine tune it before the European Championship, to be held in Marseille at the beginning of May. 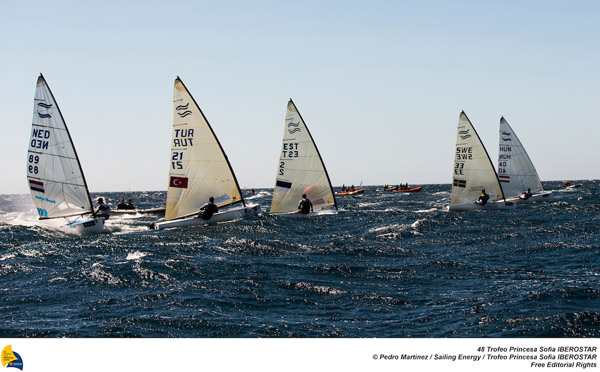 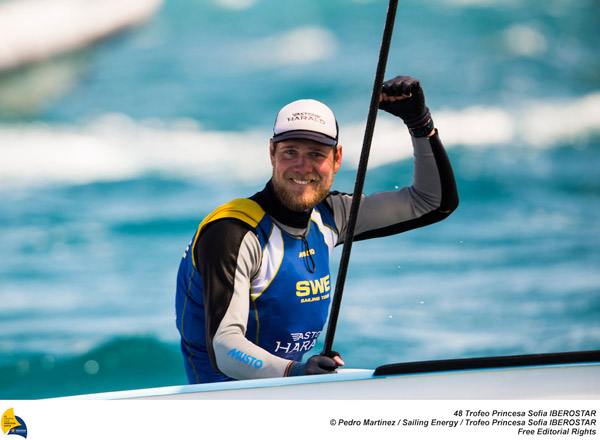