Alican Kaynar had secured his first ever major event win with a confident performance at the World Cup Series event in Hyeres, France. Nicholas Heiner from the Netherlands took silver while Jonathan Lobert from France won the medal race to take the bronze medal on his birthday. 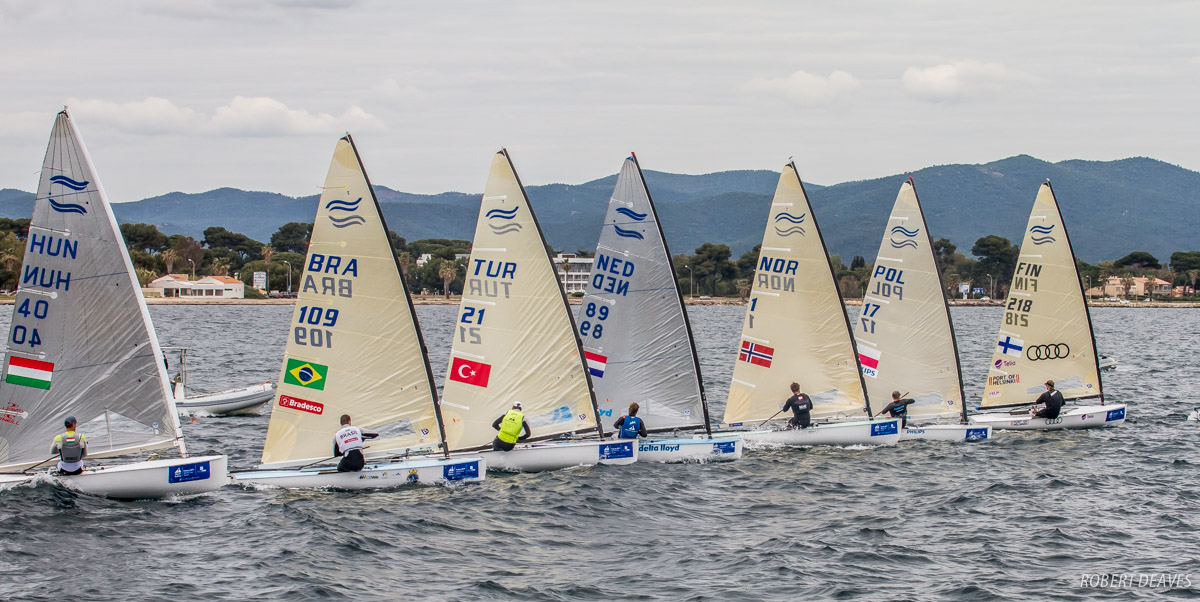 With a 7-8 knots shifty onshore breeze, Heiner engaged Kaynar with four minutes to go but Kaynar was the first to strike though the protest was overruled. Kaynar held the advantage out of the start and cleverly covered the Dutch sailor pushing them to the back of the fleet

Meanwhile the battle for bronze began with Ed Wright from Great Britain spinning on the start line after the committee boat landed on his deck in the moderate swell.

Anders Pedersen from Norway led round the top from Brazilian Jorge Zarif and Ben Cornish from Great Britain, all in with a shout for the bronze. The Norwegian still led at the gate from Zarif while several behind were picking up penalties. Wright was up to seventh while Kaynar and Heiner were trailing the fleet. 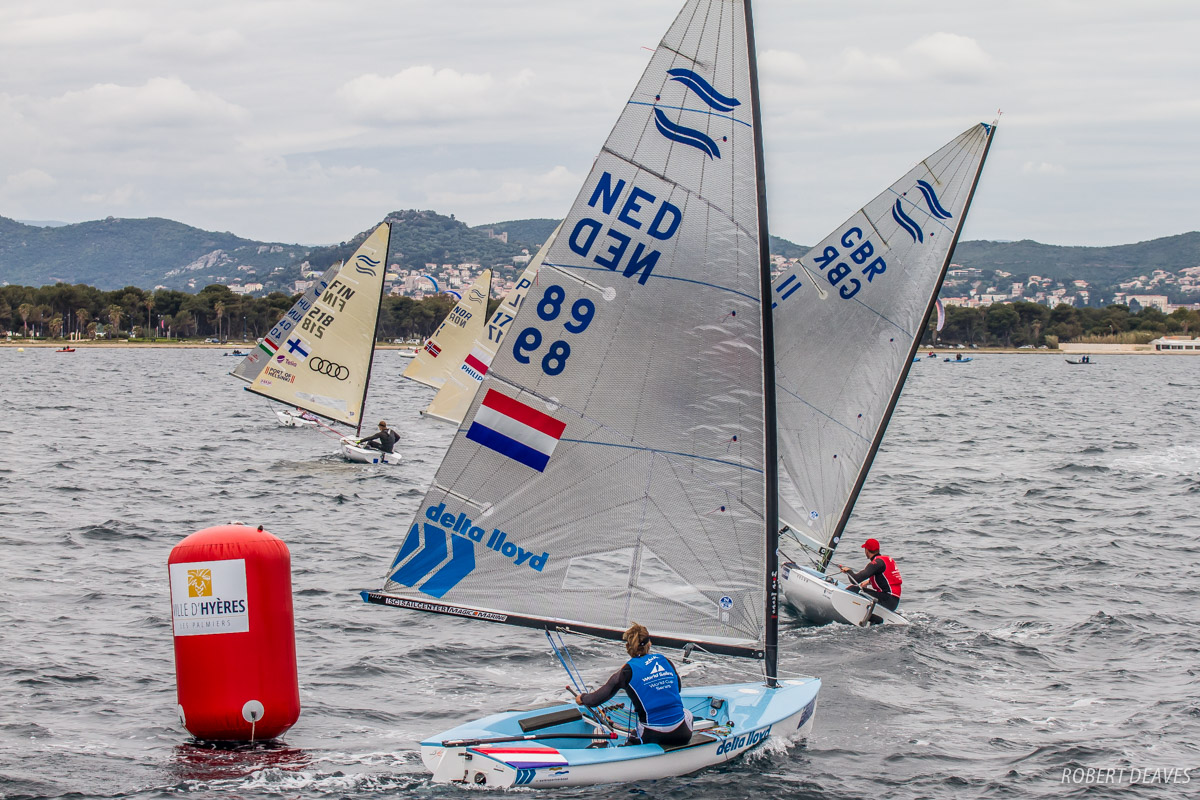 Lobert found the best course up the second beat to take the lead and extended down the run to the finish to take bronze, repeating his posuition from last year.

With Heiner crossing ninth and Kaynar tenth the job was done and the Turkish sailor in his eighth year in the class won his first major event. He has dominated the past two days of racing in bay of Hyeres at the World Cup Series, and is a deserving winner.

Silver medalist Nicholas Heiner from the Netherlands had his chances, leading after three days, but picked up too many points on Friday, while Kaynar sailed a perfect day. However it remains his first World Cup class medal after placing fourth in Melbourne at the end of 2016.

You can see all the Finn Class videos from the week on our new TV channel FINN TV at finnclass.org/finn-tv 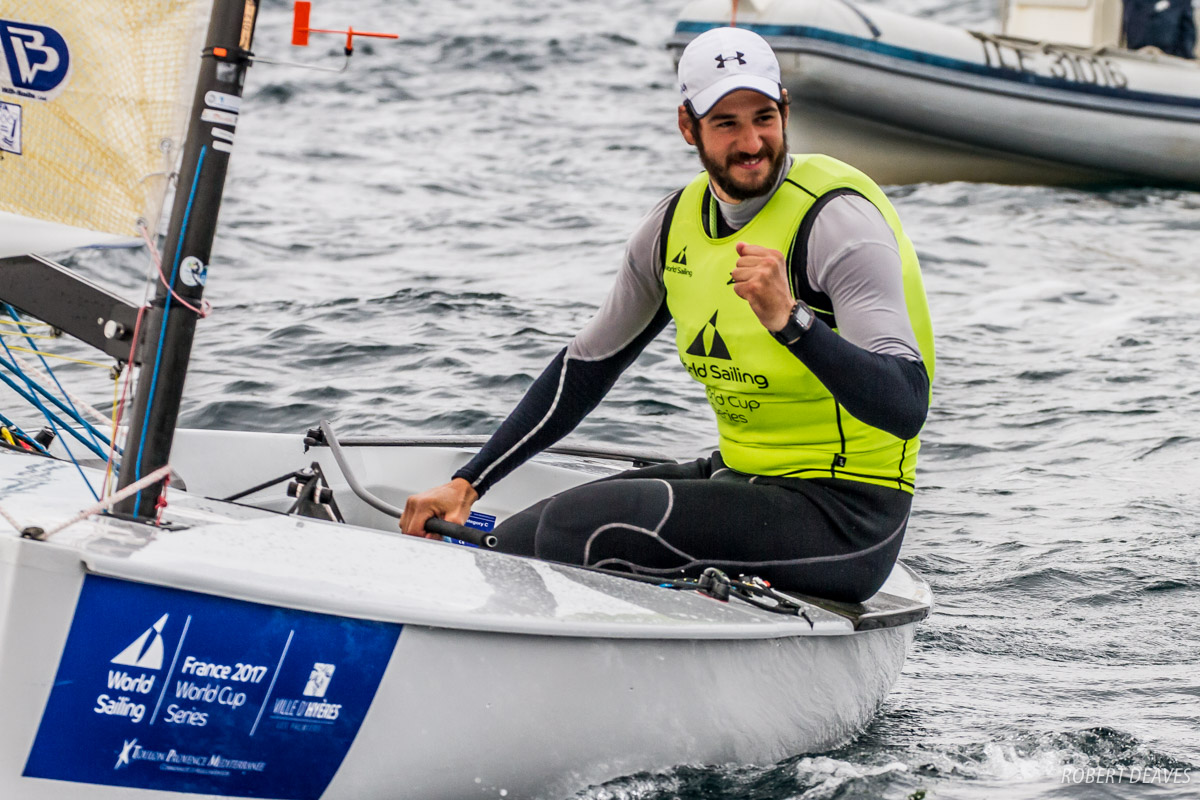 Lobert said, “I am very happy to win the medal race on my birthday. It was a good present today. I was also third last year here when it was super tricky and I just got the bronze in the end but this time I was more consistent and very happy with the way I have been sailing this week with not so much training and I think it’s a good beginning for the new campaign. I didn’t expect a medal coming here. I was trying to save my knee and save my energy and if I was top ten I would have been happy, so I am super happy to get the medal.”

Heiner explained his strategy, “I was just trying to shake him [Kaynar] a little in the pre-start. I don’t know how Alican is with match racing but I wanted to rattle him a bit and see how he would react to that. I still needed to be top three in the race to even have a chance, so I needed a good start. But out of the start I had him where I wanted him and I was tight to leeward. I knew from training I was a little higher and especially in these conditions, but for some reason the speed wasn’t there and he closed my lane and I had to tack out and from there he controlled the race. I had one option when I went left, but somehow I made the decision to tack back right again. I thought there was knew pressure coming but it gave him control and then it was an easy race for him. But I think we are on the right track and feels like more.”

Alican, “First Nicholas cane to me to start the match race and we went down to the shore a bit and after he escaped I start chasing him. At the start I had a good position and after that just kept myself between him and the mark.”

It’s his first major win and second world cup medal after silver at the 2015 World Cup final in Abu Dhabi. “The last two days went very well, and I extended the points a bit, so I had a comfortable medal race.”

“Slowly, slowly, I am getting in shape. I think 2020 will be a strong campaign.”

The Finn fleet do not have a lot of time to rest. Many are already gathering an hour to the west at Marseille when the Senior and U23 European Championships will begin this coming Friday. 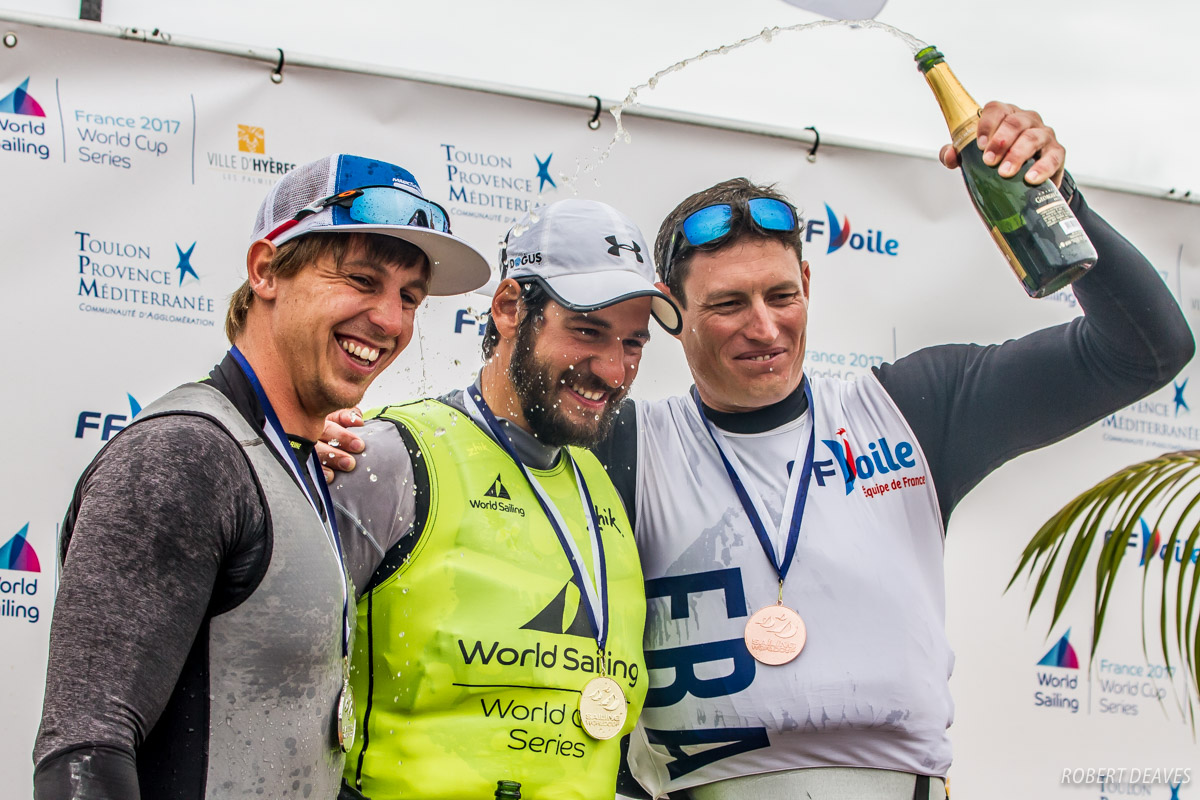