Perfect score for Andy Maloney on second day in Palma

Andy Maloney, from New Zealand has taken a solid lead in the 86 boat Finn fleet 50 Trofeo S.A.R Princesa Sofia IBEROSTAR in Palma, Mallorca after two more races were completed on Tuesday in a light sea breeze. While Maloney won both his group races, Olympic champion Giles Scott, from Britain had a consistent day to move up to second, and Josh Junior, also from New Zealand, and the winner here in 2016, won his second race of the week to move up to third. 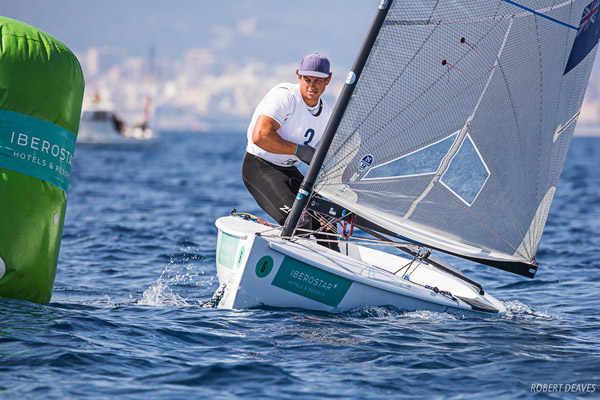 There is something special about coming to Trofeo Princesa Sofia in Palma each year. The sailors know it, the media know it and the organisers know it. It marks the real start of the beginning of the European sailing season for the Olympic classes and for many the first test of all the winter training activities. Everyone has been doing their own thing, many in Palma, but this week is when it all comes together, or not.

This year is also special in another way being the 50th edition of the Trofeo Princesa Sofia. It has become an immutable fixture for anyone with serious Olympic ambitions and the results laid down here often reflect what is coming for the rest of the season. 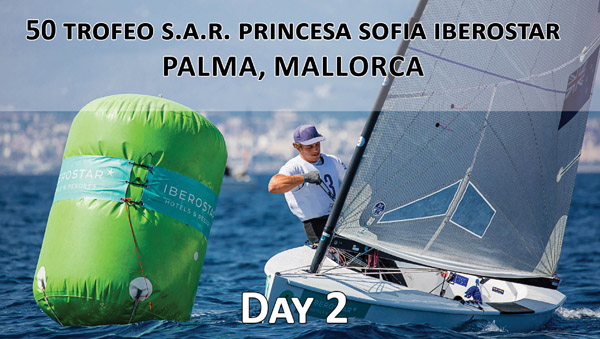 Highlights from Day 2 in Palma 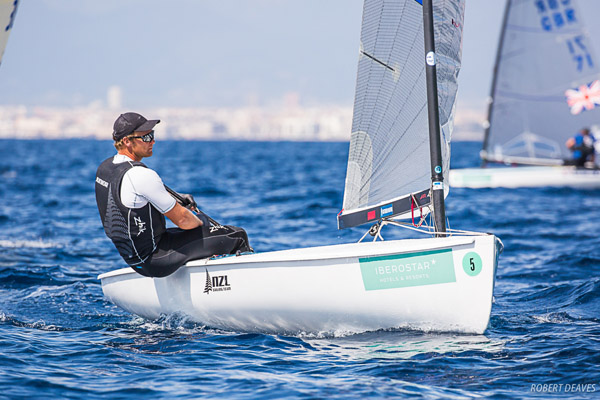 On Tuesday, the second day of racing, there was a slight delay to wait for the sea breeze to build and then a further wait for the 49ers to complete their racing, as they didn’t get in any racing on Monday and were using the Finn course area.

When the Finns arrived there was a pleasant 8-10 knots onshore, but it got weaker through the afternoon for a challenging final race.

The Kiwis certainly seem to have done their homework over the winter, with Maloney and Junior winning their groups in the first race of the day. Maloney won the pin in the second race to again control most of the race to take his third race win of the week to lead the fleet with a perfect score of 3 points. The final win in the blue fleet went to Piotr Kula, from Poland, still hoping to win selection for his second Olympic Games.

The light winds brought lots of different faces to the front for an interesting day of racing, however, most of the fleet are yearning for the stronger winds that are forecast for the rest of the week.

Coming out of a long period of training and regattas in Australia over the winter, this is the first ‘big’ event for the Olympic champion Giles Scott, from Britain, since this time last year when he won with a day to spare.

On today’s conditions, he said, “Typical Palma sea breeze, light 7-10 knots and in the second one it died away to 6 or 7 knots, so those of us who have been here before had seen those conditions a lot over the years.”

“I was a bit more consistent than yesterday. I got a 2 and a 5. There were a few errors here and there but on a day like that you’d take seven points.”

Speaking about the competition, “There’s always been a lot of depth in the Finn fleet and now is certainly no different. There are an awful lot of good guys out there, as there have been for quite a number of years. So it’s going to be a tough week and we’ll see how the next few days pan out.”

On his own performance, he said, “I am feeling good. I think I am sailing quite well. That being said there are a lot of good sailors out there I have to try to beat.”

He said it is a great shame that the Finn looks likely to be out of the 2024 Olympics, “For me personally I suppose the timing isn’t as bad as it could be, but the guys I really feel for are those younger guys, who are big lads and don’t really have a whole heap of options outside the Finn class to fulfil their Olympic ambitions." 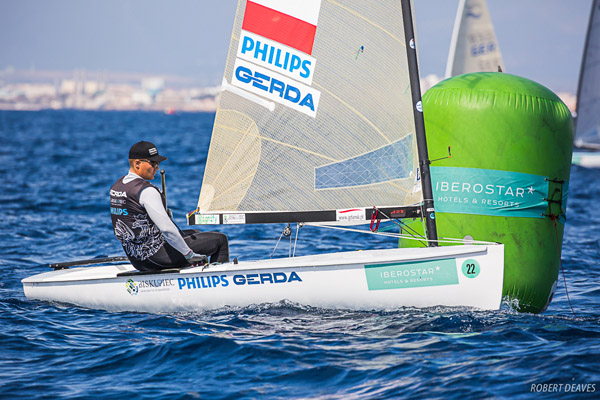 Winner of the first Tokyo test event last year, Nicholas Heiner, from the Netherlands, is beginning his Olympic trials against three-time Olympian and 2018 Finn Gold Cup bronze medallist, Pieter-Jan Postma. With Palma, and the European Championship in Athens in May counting towards Tokyo selection, it promises to be a tough battle.

After the first day they were tied on points, but today Heiner had the better day.

“Pretty steady conditions and another nice day of racing. I had a good day. Pretty solid with not too much risk. Happy with two tops fives. So far so good.”

“I can’t control what he [Postma] is doing, so we can only control what we do. Just take it day by day but after two days we’re doing a good job. Yesterday we were in the same fleet and pretty close together, but today we were in different fleets, so I’ve no idea where he finished and to be honest if doesn’t really matter; you just have to focus on your own racing and that’s going well.”

The second best score of the day went to Nils Theuninck, from Switzerland, the current U23 European champion. He said he was really happy with how he sailed.

The key today was, “To keep clear of the rest of the fleet and just sail your own race. It was more about boat speed because there were not that many shifts, so it just all about keeping the boat fast all of the time.”

On his future plans, “My plan is to qualify as fast as possible for the next Olympic Games, so my next chance will be at the European Championship in Athens. Then I’ll do everything I can to go to Tokyo. I still don’t know what I will do after 2020, but I will see what the opportunities are Tokyo.”

On the decision for 2024, he said, “It’s a bit unfair, and it’s disappointing as it’s the only boat that big guys can sail nowadays and it’s taking the Olympic dream away from a lot of guys.”

“For me Finn sailing is real sailing, meaning it’s slow boats playing with tactics and more and more we are losing this from modern sailing. The Finn is the most demanding physically and it’s a shame we will lose this aspect of the sport.” 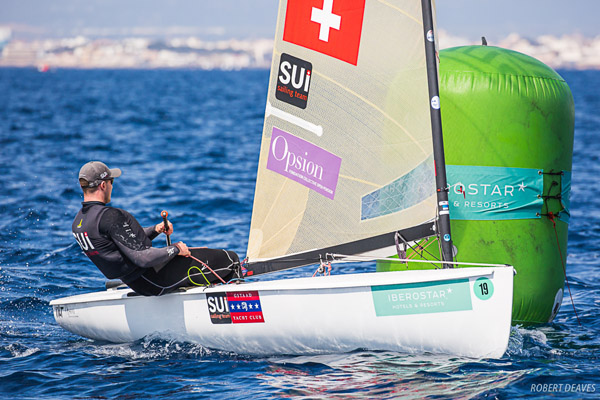 Racing continues Wednesday with two more races scheduled and some stronger breeze forecast. Ten races are scheduled through to Friday with the medal race for the top 10 next Saturday.