The 2019 Finn Gold Cup was officially opened by John Bertrand AO at Friday evening’s opening ceremony at the Royal Brighton Yacht Club in Melbourne, Australia. More than 60 Finn sailors from 22 nations have gathered in Melbourne for the penultimate class world championship before next summer’s Olympic Games. 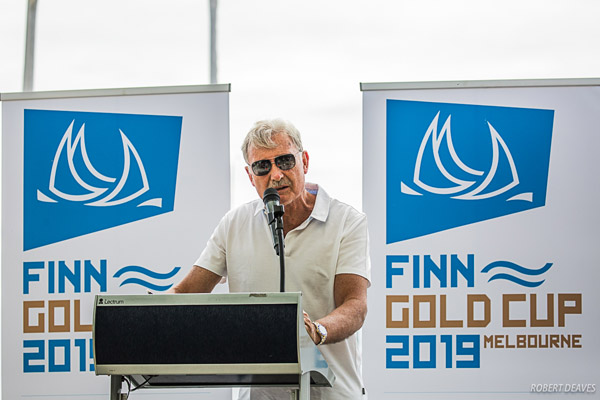 As well as being the Oceania qualification event for the Tokyo 2020 Olympics, the Finn Gold Cup is also being used by many teams as either a qualifying event or an indication event towards selecting who will go to Tokyo, both for those countries already qualified as well as those who will try to qualify their country in the two remaining Continental qualifiers in 2020.

Most of the sailors who will be competing in Tokyo next August are in Melbourne. The line up includes defending world champion, Zsombor Berecz, from Hungary, who also raised the Finn Class flag at the venue on Friday to signify the opening of the competition. Four-time Gold Cup winner, and current Olympic and European champion, Giles Scott, from Britain, will be looking not only for a fifth world title, but also a boost following his third place in the Olympic test event in August, which was won by Berecz. 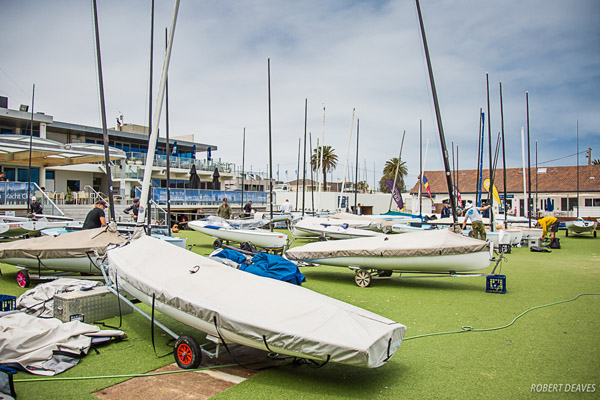 Many countries are using this event as a selection event for Tokyo 2020, with New Zealand USA and Canada yet to name their representatives for the Olympics. Many more countries have yet to qualify but also still using the event to observe or select possible sailors for Tokyo should they qualify next year.

For the Oceania qualifier, only Australia has entries here, so for those sailors it is about putting in a goof performance to stake a claim to win the spot. Jake Lilley, Australia’s representative in Rio in 2016, is up against Oliver Tweddell, returning from injury after a long time away, as well as a group of young hopefuls.

Lilley talked about the dream. “When you are kid, the Olympics is all you ever dream of, to represent at the Olympics and to bring home that medal. I’m still chasing that dream and it’s very much alive. It excites me to get out of bed every day and give it my best and keep growing and learning and it’s fantastic to be involved in this sport and in this class.”

“I will just try to put together the best event that I can. Being the worlds is always a little bit extra, a bit more feeling a bit more emotion and excitement involved so I can’t wait to get underway.”

Tweddell said, “I only received full medical clearance in August, so have been building myself back up from there, but I am very excited to get racing again and it is pretty cool to have the Finn Gold Cup held in home waters. Port Phillip Bay is a great venue to sail in and will provide a wide array of conditions for us.” 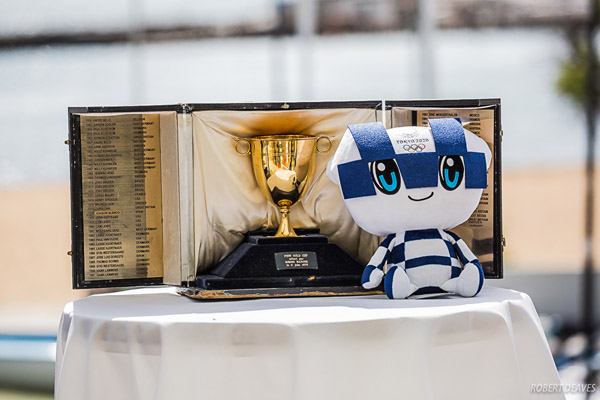 Lilley also credited John Bertrand with helping with the Finn programme in Australia, and being an influence for the sailors. “In the Finn we’ve got really strong camaraderie and a strong legacy, and in particular with Royal Brighton with John Bertrand, who is from here, and who is obviously famous for his pursuits in the America’s Cup but who is also the only Australian to ever win a medal at the Olympics in the Finn.”

“He’s been a fantastic help to the programme and being involved and helping to mentor and guide and get the best out of us all these years later. The legacy there is still strong and we are very thankful to have John involved and for his input and to continue the strength of this beautiful Finn class.”

“We’ve had John out on the water in the coach boat casting his eye over things. It’s really good to get his input and have some external input from outside our little bubble. So that’s been fantastic.”

On Friday evening at the Royal Brighton YC, the 2019 Finn Gold Cup was officially opened by the Event Patron and 1976 Finn bronze medallist, John Bertrand AO. Bertrand was joined by Paul Pascoe, the Commodore of the RBYC and the Japanese Consul-General Mr Kazuyoshi Matsunaga.

The opening began with a welcome by an indigenous elder, David Tournier, of the local traditional owners of the land, who explained about the history and culture of the peoples and the land. He was followed on stage by Paul Pascoe, who thanked all the sponsors and volunteers before, Mr Matsunaga made a very entertaining speech together with the Tokyo 2020 mascot about the path to Tokyo for many of the sailors watching.

Then Bertrand told the sailors, “Welcome sailing athletes from around the world. The first time I sailed at this club was the 1971 selection trials, when most of the Finn sailors here were not even born. The game has just moved on since then with the quality of the racing and the way these athletes are sailing these boats upwind and downwind, it’s just a new world and you wonder where it will be in another five or ten years time because the competition just increases more and more.”

“It is my great pleasure as the Patron of the event to officially open the 64th Finn Gold Cup in Melbourne, Australia.”

Measurement and registration continue through Saturday and Sunday with racing commencing on Port Philip on Monday 16 December. An opening series of 10 races from Monday to Friday is scheduled, to be followed by the final race and medal race on Saturday 21 December. 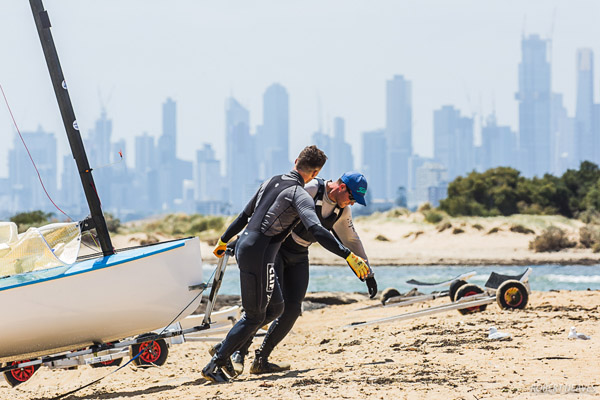 The 2019 Finn Gold Cup is being held at the Royal Brighton Yacht Club, on Port Philip, in Melbourne, Australia, one of the host clubs for the 1956 Olympic Games.

It is the fourth time that the state of Victoria has hosted the prestigious Finn Gold Cup after 1995, 1999 and 2008, which is more than any other location in the event's 64-year history. It is the start to Melbourne’s 2020 Summer of Sailing with Port Phillip hosting a series of Olympic class World Championships over the coming months.

More than 60 sailors from 22 nations will be competing for the famous Finn Gold Cup over 11 races from Monday 16 to Saturday 21 December.

VENUE
The 2019 Finn Gold Cup is being hosted by the Royal Brighton Yacht Club in Melbourne, Australia.

PRESS RELEASES
The Finn Class will release international press releases each day during the event. Sign up to receive these at: http://www.finnclass.org/media-finn/newsletter-a-press-release

VIDEO HIGHLIGHTS
Daily highlights will be produced by Beau Outteridge Productions and available on the Finn Class YouTube channel: http://www.youtube.com/thefinnchannel and Facebook: https://www.facebook.com/InternationalFinnClass/
All highlights, and all other Finn Class videos, can easily be found at finnclass.org/Finn-tv

VNR
VNR and highlights will be available to download from the Finn Class Googledrive here.
https://drive.google.com/drive/folders/1MviQ3I80MmJVB8KORA4X-FMGoiaa2qb_
Interviews of sailors in English and home language will be carried out on demand only and made available for download, subject to schedules and available time. Please send any requests to Robert Deaves at Robert (at) finnclass.org

PHOTOGRAPHY
Daily photo galleries will be posted on:
Facebook: https://www.facebook.com/InternationalFinnClass/
Flickr: http://www.flickr.com/finnclassphotos (Full galleries – medium resolution)
Selected high-resolution imagery will be available to download from the World Sailing Photoshelter site (https://worldsailing.photoshelter.com/gallery/2019-Finn-Gold-Cup/G00001e2PzvvBBbg/C0000Io8I3fJfWQc) using the password WSimages.
All images are free for editorial use and must be credited.
For specific requests please contact Robert Deaves: robert (at) finnclass.org

ENTRIES
A list of all entries can be found here: http://sailingresults.net/entry/entrylist.aspx?ID=80280&DID=5065&Type=

RESULTS & DOCUMENTS
Results and documents will be posted here: http://2019.finngoldcup.org