Dear Finn sailors, friends and supporters of the Finn Class 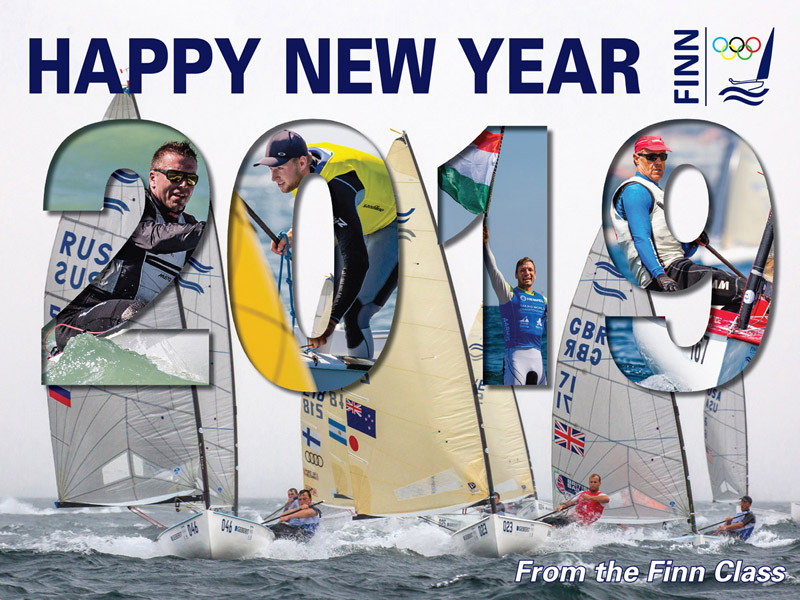 We begin 2019 with a heavy heart and an immense task ahead of us – how to maintain and enrich the health of our beloved class in the light of the news from November that we might no longer have a place in the Olympic programme for 2024.It is a challenging time for all of us. I quite understand the feelings of frustration, helplessness, anger and grief that have been displayed since November. The subsequent events concerning faulty votes that could have potentially overturned the decision have not really helped our feelings of disappointment in the whole process.The IFA maintains its position that the decision taken in November in Sarasota, to add an offshore keelboat event and drop the event that was intended for the Finn, is not in the best interests of sailors or sailing at the Olympics. Despite assurances that Finn sailors could convert to the keelboat, it was an empty promise, made only to ensure the success of the submission. With no equipment available for sailors above 85 kg, a large part of the sailing world will be excluded and feel disenfranchised from Olympic competition. We feel this is a huge loss to the competitive, technical and traditional side of the Olympic Games. The Finn Class is widely regarded as the elder statesman to the Olympic sailing classes, and its loss will be felt much wider than the athletes who would have taken part.The Council decision in November to approve the last minute offshore keelboat submission of the WS board was very narrowly passed, and it has since been contested by four distinguished and long standing Councillors who claim their vote was recorded incorrectly. Various reports were published about the reliability of the voting system used, but just before Christmas, Council approved the minutes from November despite 11 councillors rejecting it. We had hoped that Council would take the brave decision to correct the vote on submission 37, but it was not to be and we now have to plan for the future.What I am able to say is that the entire IFA Executive has been very heartened by the huge number of messages of support and sympathy since the November decision, from right across the sailing world. It is hard to go anywhere without seeing and hearing this support, and we are all most grateful for this outpouring of, what is for many, a sense of injustice about an unjustifiable decision by World Sailing.However it is worth noting that the Events for 2024 will not be confirmed until they receive final IOC approval, which will not be until after the Tokyo 2020 Olympic Games; and there is no guarantee they will be approved. What next?Where does the young sailor over 85 kg now go when he wants to start sailing an Olympic class? They cannot start a mixed gender offshore keelboat campaign, or any other campaign, in the same way they would have been able start a Finn campaign. I feel we are losing something that has been a fundamental part of the growth of Olympic sailing for 70 years - weekend regattas where young sailors turn up and race against the superstars, learning week by week and investing in equipment as they grow in the class. Without the lifelong opportunities that Finn sailing brought to the Olympic regatta for young, taller and heavier sailors, I fear we could lose all these guys from top-level sailing. We have already seen several young sailors dropping out of the class, and probably out of Olympic sailing for good, because the opportunities are no longer there. There is no real alternative to drive them to sail at this level.In parallel we will also watch with interest the development of the anti-trust investigation of the EU, and, potentially other anti-trust authorities around the world, into World Sailing.  While I would emphasise that IFA is not involved in any way in these proceedings, it is apparent that they could have a profound affect on Olympic sailing in the future.Of course there is still a lot of anger among Finn sailors. That is quite understandable. In spite of the general discontent with the current situation, I would remind all sailors that we still have a great class and a great community of sailors worldwide that we should all cherish.In the meantime, the Finn Class will be working through normal channels to try and find a way back, and make the best of any opportunities that present themselves over the next few years. We will also be looking at other models of competition and rankings to give Finn sailing relevance until the IOC finally confirms the 2024 events.Until then, the Finn very much remains an Olympic class and I urge you all to continue to enjoy every moment of your sailing, and promote and maintain the Finn class values and principles, while enjoying the competition and the friendships you have made in the class, with the awareness and the knowledge that the Finn is THE true Olympic thoroughbred. Happy New Year to you all.