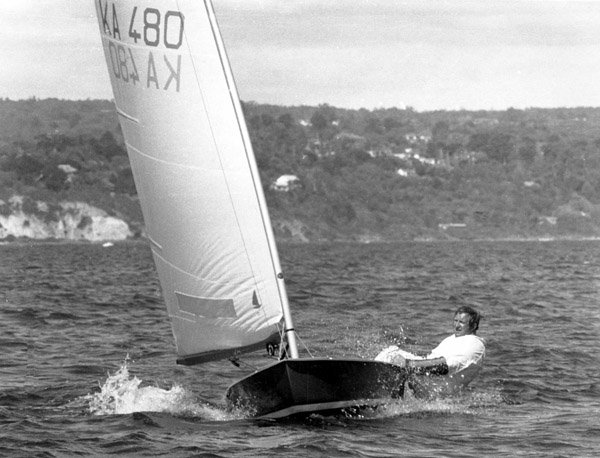 The sailing world has lost a great friend. Quietly spoken, but always considered, Bill Bell was a great friend to many sailors across the world and will be sorely missed. He made a significant contribution to the sport of sailing, both as a sailor, an International Judge and a club official, and he was hugely respected worldwide for his calm and authoritative approach.

Bill was a lifelong member of the Black Rock Yacht Club in Melbourne Australia where he was a sailor, race official, Commodore and Life Member. It would be hard to find a more loyal and dedicated member; enjoying a drink, a meal and a chat with friends every week while in town. For his club mate, neighbours and fellow sailors it was a privilege to have known Bill. 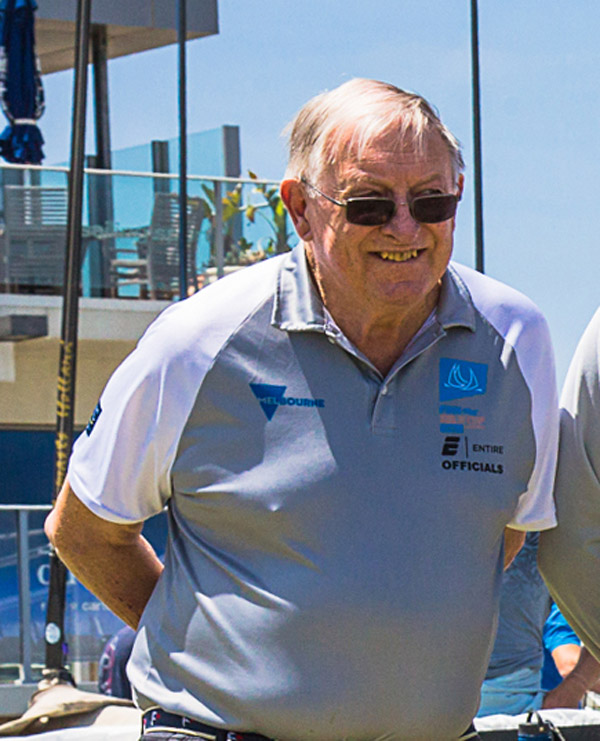 Bill Bell was a big, strong teenager and after sailing Sharpies and 14s, Bill moved into the OK Dinghy in the early 1970s, winning the Australian Championship three years running from 1975 to 1977. Bill was also a driver behind innovations to the class, as importing Needlespar masts, from the UK, and Marinex Sails, from Sweden. Renowned for his heavy air sailing, Bill famously won the fourth race at the 1977 OK Dinghy Worlds at Takapuna in Auckland, New Zealand. Like many singlehanded sailors in the 1970s, Bill moved into the Finn Class and also maintained an ongoing close association with that class worldwide, including as a member of many International Juries, most recently for the Finn Gold Cup held in Melbourne in December 2019.

There will be thousands of memories around the world of Bill’s generosity and friendliness. Bill was a good friend to the late Clive Roberts from New Zealand who tragically lost his life in a car accident after returning from the OK Interdominion Championships in 1975. Bill and his good friends, Bill Tyler and Ray Stone, established the Clive Roberts Trust to assist the “youth of Australia in developing their skills within the OK Dinghy Class… and assist them to attend International Regattas”. After a slow start in 1980, the Trust has assisted a large number of young Australian OK Dinghy sailors to travel to New Zealand and Europe to sail in Interdominion and World Championships.

Bill was extremely proud of the Clive Roberts Trust and personally guided the investments to ensure the current healthy balance of funds. Bill continued to maintain close friendships with Clive’s wife Bev and brother Ralph, participating on many occasions with Ralph on International Juries at World Championships and catching up with both of them at the OK Dinghy Worlds held at Wakatere in February 2019, where Bill was again a member of the International Jury.

Bill was a life member of the Australian OK Dinghy Association and in 2014 at the World Championships held at his home club, he was inducted into the OKDIA Hall of Fame for his outstanding contribution to the class, alongside fellow club members, Andre and Roger Blasse. Fittingly Andre read out the nomination and presented the honour to Bill. 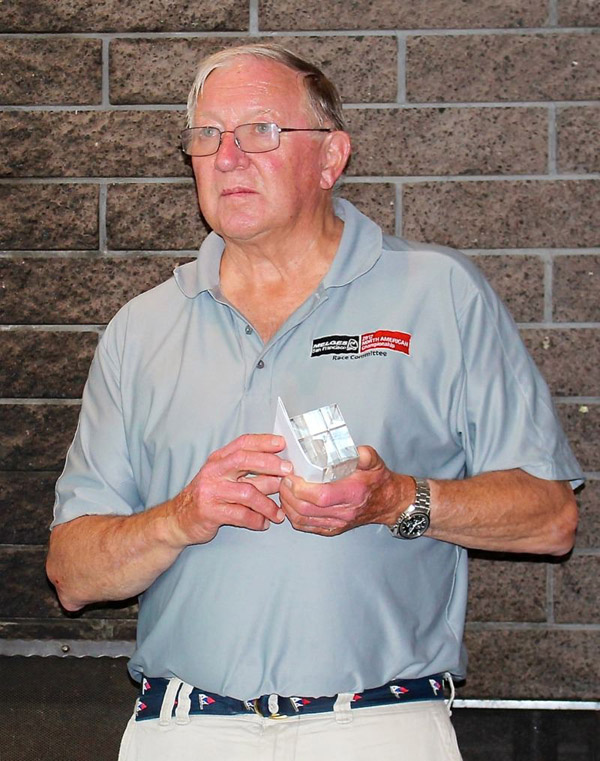 Bill sailed his last OK Dinghy Australian and Interdominion Championships at Easter 2004 out of Airlie Beach in the Whitsundays in North Queensland. Selflessly, Bill handed over his boat mid regatta to Mark Fisher whose boat was broken beyond repair, allowing him to finish in fifth place. It was a common theme for Bill who never hesitated to lend a helping hand. An example was when Mike Williams borrowed Bill’s Finn for a couple of seasons allowing him to compete in the Gold Cup in Cascais in 2007 and at Black Rock in 2008.

Despite health issues for the last few years, Bill remained incredibly active travelling around the world to international events. His considered and wise counsel was valued worldwide, backed up by his huge experience and knowledge of sailing. Bill’s presence on any Jury was reassuring as he calmly steered a steady but firm course through many protests.

Bill’s final event was the RS Aero World Championships held at Black Rock over the Christmas/New Year period, where he organized the International Jury and helped make the event a huge success.

Bill will be sorely missed and will be an enormous loss to the sailing community. Over 50 years of international competition and judging he made friends across the world who always welcomed him, just as he welcomed sailors to Melbourne. Our thoughts go out to Ann, Vicky, Stephen and the extended Bell family. Due to COVID 19 restrictions in Australia, we are unable to gather and celebrate a life well lived at the moment, but will do so as soon as we can, raise a glass and sound eight bells.