With a professional web presence being now considered almost mandatory for International and Olympic classes, the International Finn Association is delighted to announce the launch of its new website 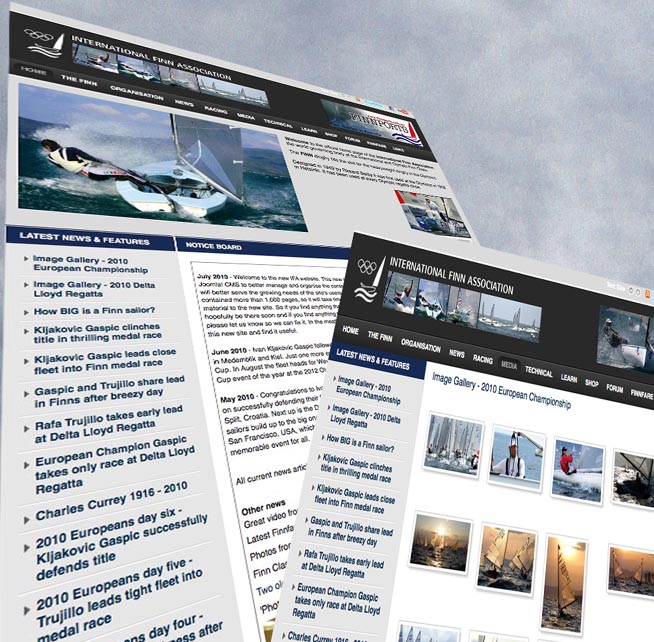 With a professional web presence being now considered almost mandatory for International and Olympic classes, the International Finn Association is delighted to announce the launch of its new website, just in time to focus on the 2010 Silver Cup (Junior World Championship) and Finn Gold Cup (World Championship) which starts in San Francisco in just over a month.

Speaking about the new venture, class President Balazs Hajdu said, “Today the sailing community starts to realise that media appeal is not only about what you broadcast but also about how you broadcast. By making the coverage on Finn regattas and Finn life in general so comprehensive, continuous, available and ground breaking through the new Finn website, we bring a message that the Finn is not only a great Olympic class showing close, tactical, fair competition for fit, healthy and heavier elite sportsmen at the top of their game, but also that the sport of sailing is able to deliver the media requirements of the IOC and the broadcasters.”

“To promote sailing and make it more attractive and interesting to a greater number of people and nations is our common goal and responsibility, so the Finn Class is keen to play a significant role in showing the world how our sport works and what is that great in spending time on a sailing boat on the water.”

The website is part of a wider Finn Class media platform including social networking sites such as Twitter, Facebook, Blogger, Picasa, Issuu and YouTube as well as a free newsletter and press release subscription service. During the year this platform receives upwards of 500,000 page impressions from more than 35,000 ‘absolute unique visitors’. Traffic increases by threefold or fourfold during major events such as the European and World Championships.

• as well as much more to follow over the coming months.

The new website will spearhead the Finn classes media and publicity programme over the next few years as it seeks out additional ways to innovate its already substantial media presence and brings Olympic Finn sailing to many thousands of enthusiasts and readers worldwide.