The Trofeo 40 Aniversario de la Palamós Finn Gold Cup 1977 drew to a close on Sunday with no more racing possible withpersistent cloud, light rain and an almost non-existent wind. So the results stand from Saturday with Miguel Fernandez-Vascowinning from Alejandro Muscat and Paul Mckenzie. 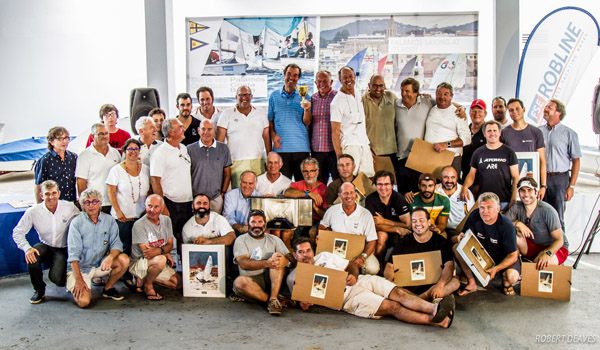 The event was held to commemorate the 1977 Finn Gold Cup which was plagued by political problems and caused the Finn Gold Cup to bewithdrawn from the competition, and the event being renamed the Finn World Week. Last night at a vineyard inland, the Finn Gold Cup wasfinally handed over to the winner of the 1977 Finn World Week, Joaquín Blanco and he became an official Finn World Champion for the firsttime, with his name finally engraved on the Cup.Many sailors old and new came to Palamos this weekend to sail a great boat and renew old friendships. Despite going afloat for a few hours and the best efforts of the race team, the fleet came ashore with no more races sailed. 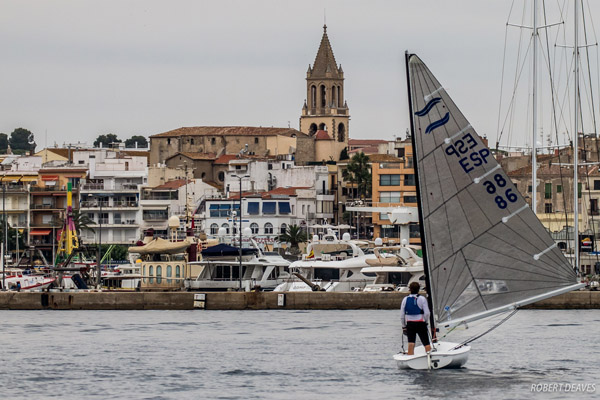 Blanco almost didn’t come, but was glad he did. “It’s been the first time I have sailed with the new boats and it is really quite different. I thinkit’s more difficult but a lot more fun. Last time I sailed Finns was in 1995.”“This weekend has been pretty good because we find here all the people who sailed  the Finn from a long time ago, and it was all perfectlyorganised. Today we had no wind, but it was enough yesterday for me.”Jose Luis Doreste, another former Finn Gold Cup winner said, “It’s been fantastic. We had a very nice wind on Friday for training andyesterday we had three very nice races. Today not so much but it is my first time sailing the Finn since many years ago and I enjoyed it verymuch.”He laid down the gauntlet for next year when the Finn World Masters is being held at El Balis, near Barcelona. Asked if he would sail, hejoked, “We have to. It’s at home, so we are obliged. I don’t know if we want to or not but we have to.”Referring to Blanco, “I hope we will bothdo it. In Barcelona we have a nice a group so perhaps we can do something together.”Was he surprised with his success this weekend? “Yes, very much. It’s a completely different boat to the boat I was sailing many years ago.But I felt very good, fast, not so hard, easier downwind and I enjoyed it very much.”The event was also proof of the ever-growing Spanish fleet. Overall winner, Fernandez-Vasco said,“I am happy because this is a regatta forthe Spanish circuit, and with 32 boats it is the result of good work by the National Secretary before me, Victor Serrano, who was working sohard to build the fleet to more than 40 boats. In particular, the Masters fleet is so important to build the youth and the senior fleets.”On winning the weekend,“I am so happy because I am sentimental and yesterday with Joaquín’s recognition for his Gold Cup win, 40 yearsago, it was such a happy moment for us and to win this regatta 40 years later with Josele Doreste and Alex Muscat, one of the best sailors inSpain, is so nice for me, especially ahead the Spanish Championship in two months.”“I want to thank the International Finn Association for coming here and supporting this event, and showing that this regatta was important.”At the prizegiving everyone received a prize, from first to last, proving once again that if you sail a Finn, everyone is a winner.Final results1  ESP 161 MiguelFernandezVasco 52  ESP 7 Alejandro Muscat  53  AUS 22 Paul Mckenzie 104  ESP 111 Jose Luis Doreste Blanco 145  FRA 49 Dorian Gachon 186  ESP 117 Carlos Ordóñez Sánchez 187  ESP 1 Joaquin Blanco 198  ESP 86 Francisco Castañer 279  ESP 337 Miguel Ángel Cabrerizo Morales 2910  ESP 11 Miquel Alvarez Valls 36Full results here.Full image gallery here. 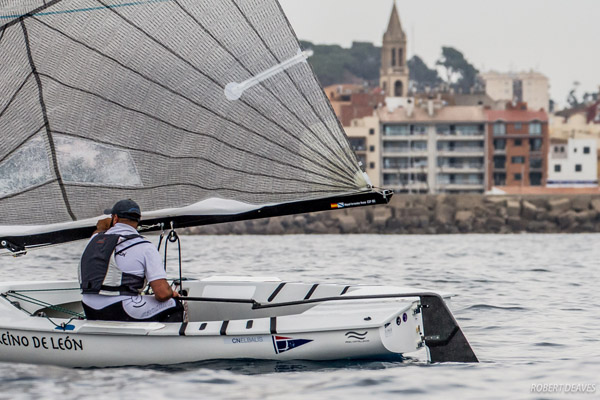