A new and exciting Finn sailing academy is soon to be launched on Sydney Harbour by NB Sailsports and operated by long time Finn sailor Rob McMillan, with help from former Finn World Champion, Ed Wright. 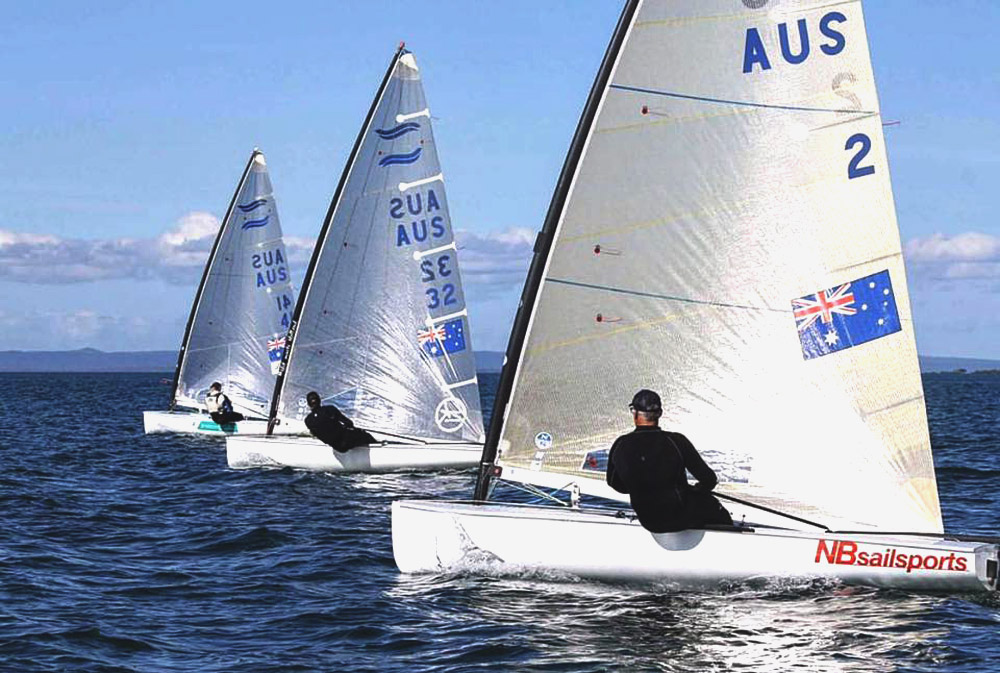 NB Sailsports is currently seeking expressions of interest from Finn sailors who would like to join the academy in October 2017. The objective of the EOI is to help plan, provide and meet the expectations of sailors, coaches and teams that may be considering visiting the academy in the coming Australian summer.

NB, and its coaching team of Rob McMillan and Rob Brewer, is initially offering a programme of training, racing and regattas on Sydney Harbour and in Melbourne between 16 October and 22 December. An additional training block may also be scheduled after Christmas for those who do not intend to travel to the World Cup in Miami. Ed Wright is also training at the academy and offering part time coaching assistance to sailors from emerging nations.

Rob McMillan has been a successful Finn sailor since the late 1980s, first in the UK with several Olympic campaigns, and then in Australia. Ed Wright is a former World and European Champion, and has hit top form again recently with a second place finish at the 2017 European Championship.

McMillan commented, "Our plan is to continue to progress of all our squad members but providing a professional full service training environment which focuses equitably on the performance of all of our squad members and customers."

"We hope to emulate for all the reenergising of Ed’s performance in 2017 as well engender a genuine pride and love for the journey we are all on. Whilst ultimately the performance must show on the water in results, our approach needs to be well rounded, building commitment, completeness and resilience in athletes."

He explained the programme is based around sailors shipping boats to Australia in September, following the Finn Gold Cup in Hungary. “The growth in the Australian class means there is an excellent local market for disposal of older Fantasticas and other equipment, for those contemplating an upgrade in 2018. Assistance can also be provided with shipping or storing equipment.” 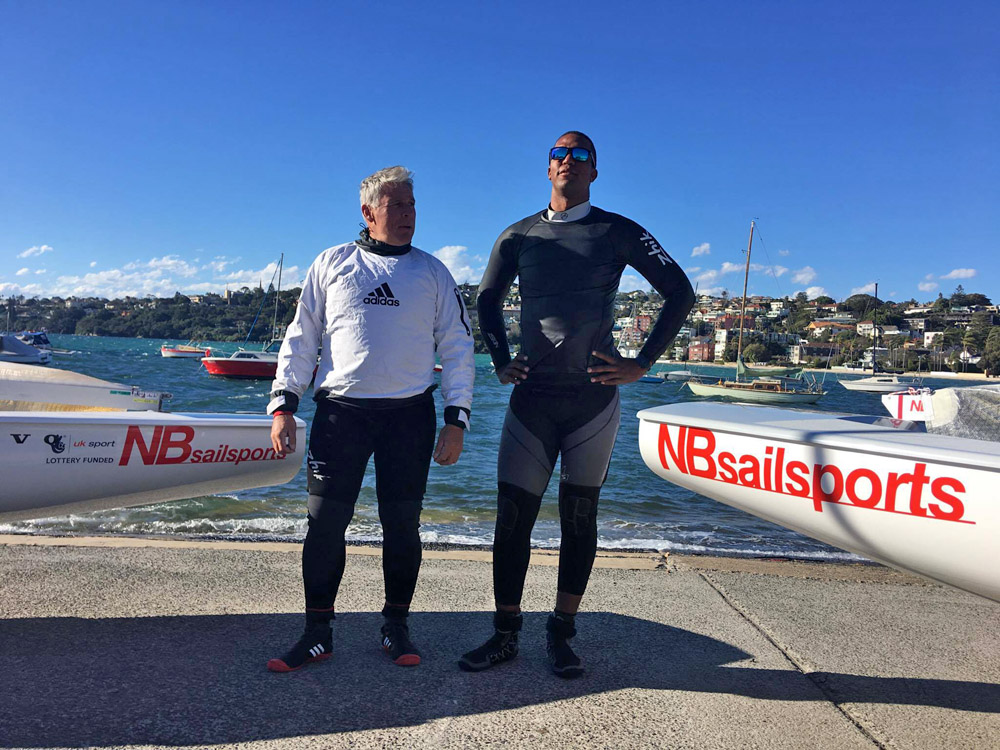 Rob McMillan with Rockal Evans from Bermuda, who has just started training at the Sydney Finn Academy

• Sailing on Sydney Harbour five days per week for approximately three hours per session in varied locations with different sea states. Additional sailing and racing is also available;
• Participation in the Sail Sydney regatta (at the training venue);
• Transport and participation in the Sail Melbourne Regatta on Port Phillip Bay;
• The academy also has facilities for sail modification, mast measuring and boat modifications/rigging plus access to a workshop at the venue;
• Solutions are available for cost effective accommodation and transport.

“Our approach is to be open and collaborative with sailors, offering teams and coaches full support and access to our resources, so that all sailors get the best possible outcome. As you know, some are very self sufficient teams, some will need a great deal of support and we want to cater for each precise need.”

NB Sailsports is now seeking Expressions of Interest and has made a questionnaire available to interested sailors: https://goo.gl/forms/jV38jCNIfrQ3DRKg1

As a coaching team, McMillan and Wright have a huge wealth of Finn experience ready to pass on to sailors at the academy. The training programme they are putting together has already enabled both of them to already post some great results in 2017, proof if any is needed, that they are on the right track. McMillan has returned to competitive Finn sailing again, and was one of the fastest upwind at the Europeans in Marseille, while a second place overall for Wright underlines the progress he has made in the last six months.

Sailors joining the programme can be confident in receiving world-class training from world-class sailors. 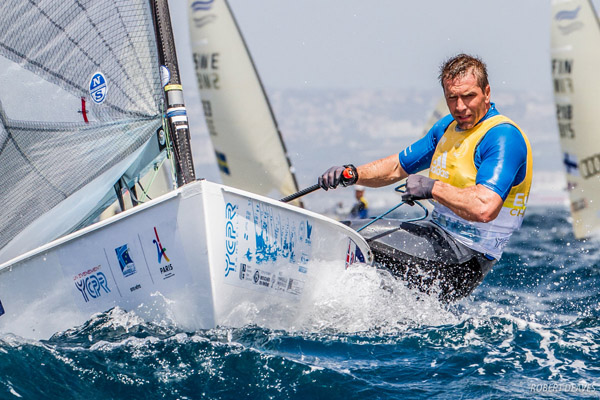 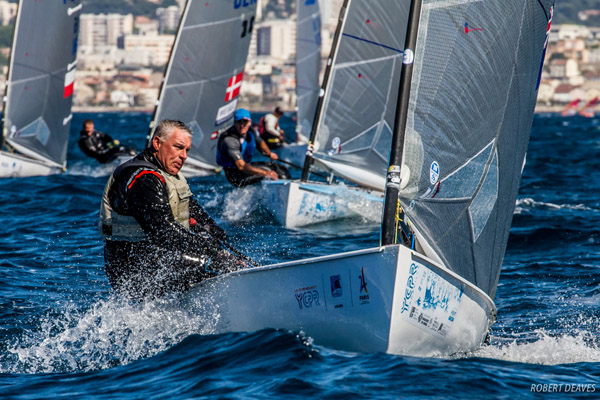 Rob McMillan, here leading the fleet at the 2017 European Championship in Marseille, is launching a new Finn sailing academy in Sydney, Australia