Reliability and longevity make a Finn campaign cheaper than you think

The cost of running an Olympic class campaign is coming under increasing scrutiny, so it might be useful to analyse the price of equipment required to run a basic Finn campaign, and consider that within the wider scope of a total campaign budget. 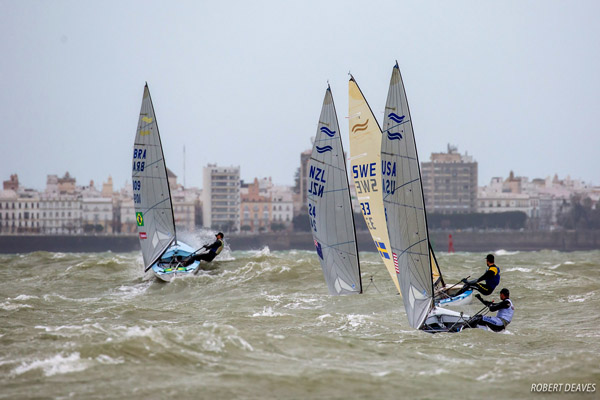 Of course, there are extremes for everything. While the basic costs are analysed here, there are also campaigns with very large budgets, although in general, as we will see, there is no direct correlation between budget and success; the only discernible correlating factor is between skill and success.

That sailors can mount a successful Olympic Finn campaign on a minimum budget was proven through the Finn class development programme FIDeS (Finn International DEvelopment Support). In the previous Olympic cycle, that programme enabled two sailors to qualify for and attend the Rio Olympics. They ended up winning three of the 10 race opening series with one of them finishing ninth overall. He used a boat supplied through FIDeS, and the other sailor bought a used Finn for €10,000.

While a base boat costs between €10,000 and €14,500, there are always deals available to sailors from countries developing Finn sailors as well as for the elite sailors. A full spec boat can cost up to €20,000, but that is a preference, rather than a necessity. Masts vary between €3300 and €4600, and are all equally competitive. (All prices ex. VAT), 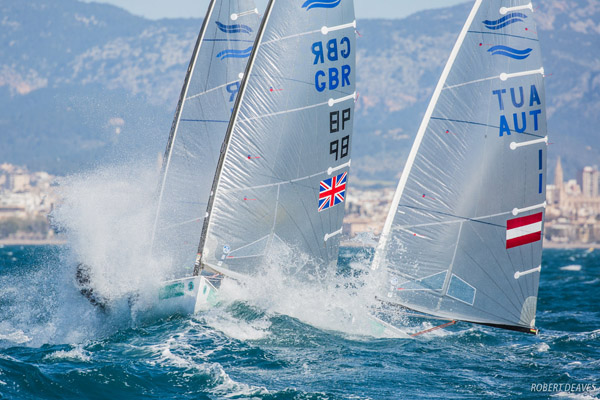 Longevity
One of great things about the Finn is the longevity of the equipment. Fifteen-year-old masts have been used to win races at World Championships, and a hull, properly looked after can cope with the demands of three Olympic campaigns. Ben Ainslie famously used the same hull to win three gold medals in 2004, 2008 and 2012. No other class has that level of reliability and consistency.

Masts will last at least as long and also retain their value, as they have reached a level of development and reliability that means it is very hard to outdate them.

It is estimated that a new Finn will retain 80 per cent of its value in the first year, and and then reduce by up to 8 per cent per year. Properly looked after, the Finn will maintain its competitive life and its value for many years and can still be worth 50 per cent of its purchase price after 10 years.

Some of the least funded sailors in the class not only qualified for the Olympics in Rio, but also were successful. Sailors from ARG, HUN, SLO and URU won half the races with SLO taking the silver medal and ARG, who was the lowest funded sailor with a borrowed boat and buying just four sails a year, in the top ten.

This is a great illustration of the how equal Finns are in production and performance and how the best sailors will always be successful rather than the best funded. It is not necessary to buy five hulls to find the one that is fastest, just buy one and it is the identical to any other. The tight measurement control – such as accurate templates and the Lamboley swing test – as well as quality controlled production means that Finns are more similar to each other than virtually than any manufactured class. 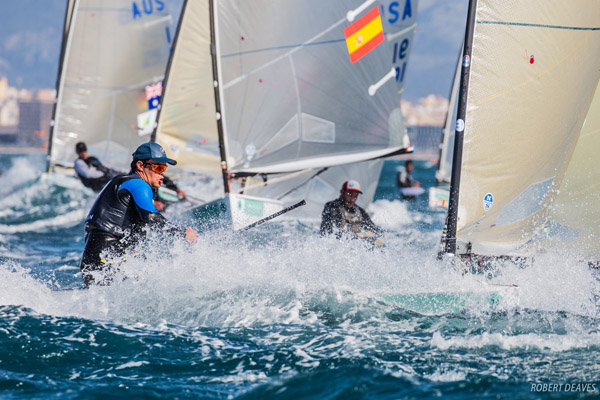 Reliability
The Finn also has a great reputation for reliability and quality. Sailors can rely on the equipment from the major suppliers not to break. It is extremely rare that there is a major breakdown in equipment during racing, or for accidents to happen, allowing Finns to be pushed to the limit and compete in almost all conditions, however extreme. The level of reliability and quality far exceeds the levels that the EU quality mark requires.

Looking at the relationship between production and retail price, the cost of materials in the basic Finn are about €6,000. It takes about 180 man-hours to build one Finn. As part of the retail price the yards also provide an extensive warranty and service agreement. Major builders go to all major regattas to provide servicing, repairs and spare parts at favourable prices, as well as maintaining all the measurement forms in case one gets lost. They provide a very high level of backup services to the sailors.

Putting all this together it is clear that the Finn is one of the cheapest of all Olympic classes.

If considering the average price of a hull and mast, then after ten years, they may have a return of roughly 50 per cent, giving a net cost of €780 per year.  For a four year campaign the net cost would be €1470 per year.

These are often sold on to the huge market of club sailors and Masters at 30-60 per cent of retail price, depending on use. So the net cost for a minimum budget campaign per year on sails is €2080 to €3640.

All prices quoted are ex. VAT. 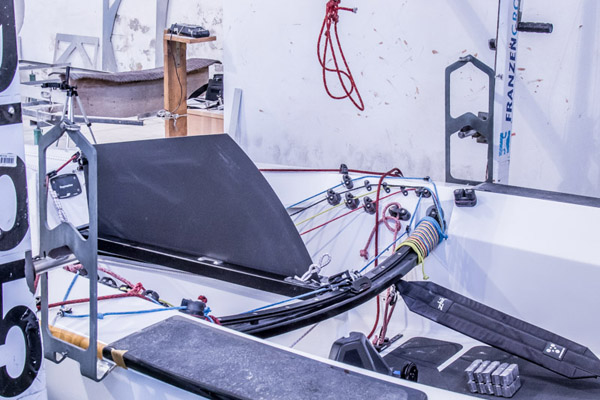 All Finns are very closely controlled to a strict set of measurements, especially weight distribution. Here, a Finn is undergoing fundamental measurement at the factory involving the Lamboley swing test. Construction and measurement is so consistent, repeatable and controlled, that it will have exactly the same numbers as the next boat and the next...

Campaign costs
Taken as part of total annual campaign costs including travel, accommodation, logistics and coaching, equipment costs add up to 15-25 per cent of the total spend each year. The budgets of a range of sailors were surveyed, from those on tight budget to those on an almost unlimited budget.

In general the best funded sailors will spend a higher proportion of their budget on equipment, up to around 20-25 per cent, while those on a lower budget will limit equipment purchase and focus on key events with less travel and logistics costs. These spend about 15-20 per cent of their budget on equipment. All figures were worked out taking into account resale value of equipment rather than purchase price. Budgets varied from under EUR50,000 to over EUR100,000, with the corresponding equipment costs varying from EUR7,500 to EUR25,000.

The highest cost for any sailor though was coaching, generally 40-60 per cent of the total budget, followed by travel and logistics at 20-25 per cent.

Non-Monopoly class
The Finn is a non-monopolised class. Anyone is entitled to build a Finn and the refined and unambiguous rules means that they will all be alike within some very tight and carefully controlled tolerances. Yards building Finns exist in many countries, and across four continents. The major builders are Devoti Sailing (CZE), Petticrows (GBR), Pata (HUN), Hi-Tech (ITA), BlueBlue (POL), Wilke (SUI), JybeTech (USA), Mader (GER), Pata Brazil (BRA), Pata Finns Africa (RSA).

There is an open invitation for a World Sailing technical delegate visit one of the factories to confirm the uniform production techniques that meet ISO 9001 quality management processes for both quality of construction and repeatability of the process to produce equal boats.

For further information and accurate pricing information here are some links to the major builders: