An outstanding display of sailing skills and athleticism

The Finn is the pinnacle of singlehanded dinghy sailing for men, and the Olympics is the pinnacle event for the Finn. There are proposals for a change to the format of Olympic event and equipment selection and the Finn is positioning itself to be part of that future. 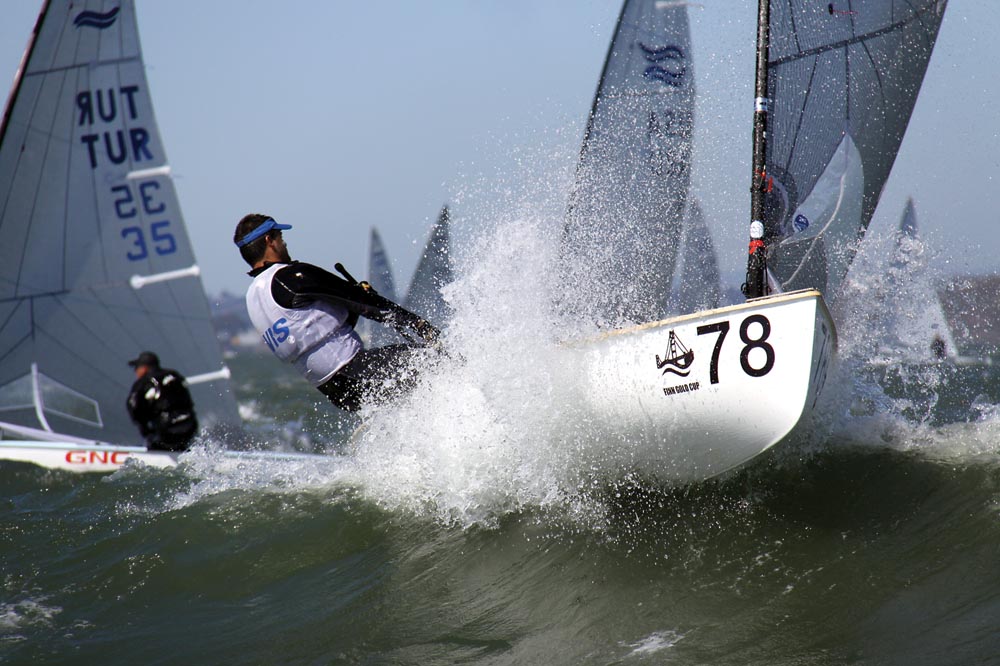 The Olympic Commission set up by ISAF delivered its preliminary report at the ISAF Conference in May 2010. Based largely on the Olympic Commission report, the ISAF Executive has since published two submissions which outline an exciting new future for the selection and decision making process for Olympic sailing events and equipment. The Finn is positioning itself to be part of that future.

Among the submissions are proposals for two sets of single-handed dinghies for both male and female sailors, to represent the weight and size distribution of modern youth of both genders in the most popular and low-cost type of dinghy sailing. The Finn class supports this idea.

What the sailors say:

Giorgio Poggi (ITA), 2008 Finn Olympian, “The Finn is the class where the sailor must be complete.”

Zach Railey (USA), Silver medalist, 2008 Olympics: "For single handed sailing the Finn is my only option given my weight and height to pursue my Olympic sailing dreams. With the technical and physical demands of the boat, the Finn is a pure test of a sailor's ability to react to the changing conditions on the race course under intense physical exertion."

Rob McMillan (AUS), “There is no other boat like it. The advent of free pumping brings a level of athleticism that is unique to the Finn.”

Tomas Vika (CZE), one of many Finn sailors in their early 20s, “If you are more than 180cm tall and you want to work on your physical condition in a gym you will always weigh more than 85kg and that is the reason why Finn has to stay as an Olympic dinghy in future years.”

Gus Miller (USA), Finn legend: “It’s a very powerful demanding boat and you need a lot of initiative and attitude that you’re going to do it yourself. Everyone realises the challenges is yourself not the other guys. The challenge is the boat and that understanding is the old idea “I love my competitor because he makes me better”. The guys here have enormous respect because the challenge of sailing the boat is so great. If one guy figures it out then the others guys are glad for him that he’s been able to do it.”

Caleb Paine (USA), first Junior, 2010 Finn Gold Cup: "The Finn is the best class I have sailed in. There isn’t I class I know of that has such a great sense of camaraderie. After my first international regatta I knew all the best Finn sailors in the world on a first name basis because they were open, friendly and supportive of the new kid. I think that this coherence of the class stems from the fact that the sailors often train together. This builds friendships as well as making everyone better."

Tapio Nirkko (FIN), 2008 Finn Olympian: "The Finn is already well developed in many areas. We’re now in a situation when all the Finn equipment (hull, mast, boom, rudders, centreboards) are good quality and last  a long time. When the market is competitive, the price of the equipment is also fair and resale value is good. That’s an important factor to make a competitive Olympic project from a small country with a small budget. Now the actions made in the class to make equipment issues more transparent is important to keep Finn as a class where it’s possible to make it to the top without having a monster budget."

Ed Wright (GBR), 2010 World Champion, on what makes the Finn class special for him: "For a start it’s visually pleasant. The cost is low. I still use my first mast and it’s still fast after five years. …. You can gain little advantages everywhere, but you have to treat the Finn with finesse, respect and grunt to keep it up to speed. The people in the class are great people and all hard competitors. Also there is so much history in the class, and never forget the many legends coming from the Finn."

See Finns in action on San Francisco Bay on The FinnChannel