Fun for four Finns - Beat the Wind on your desktop!

Advertiser feature: For all Finn sailors can start a virtual sailing regatta with the family or friends, thanks to a new game version from “Tactical Sailing.”

Advertiser feature: For all Finn sailors can start a virtual sailing regatta with the family or friends, thanks to a new game version from “Tactical Sailing.”

Plus, you can do so with a Finn dinghy! Plus, for all members of the Finn class association and readers of “Finn websites,” the purchase of “Tactical Sailing” includes the Coach's Toolbox for FREE.

The Coach's Toolbox is an important extension for the complete program of “Tactical Sailing Games & Tips". Naturally, all other sailors wanting to perfect their knowledge in strategy and tactics, in order to be optimally prepared for the coming regatta races, can also use it.

With "Toolbox" you extend to four player modus. You can sense the wind veering to your advantage and helm off leaving the other boats behind you. The coach Toolbox is a learning program within the frame work of the entire concept of Tactical Sailing "Games & Tips". This Toolbox program is an add on with more than 20 exercises ready to run or design for your demand.

With Toolbox you can play and train. An experience coach explained to his sailors that what they were seeing on the screen is exactly what to expect on the water. But the coach Toolbox is not only developed for coaches it is also useful for sailors who wish to improve their knowledge in strategic and tactical sailing. With up to 8 boats you can plan your own virtual regatta situations, for example the starting phase, negotiating a regatta buoy upwind, a leeward gate scene and target crossing. A sailing rookie wrote that our regatta simulation generated complete concentration as if he was really on the water. With Tactical Sailing you can have fun learning to attack, defend your position and win the regatta.

The Tactical Sailing team was given the award “Eurela-2012” for the best didactics of media studies. A European competition set by the College of Karlsruhe. Learning can also be fun.

Tactical Sailing is an educational computer game (PC/Mac) not only for sailing beginners but also regatta newcomers, regatta freaks and for coaches. The basic of the game is founded on optimal usage of the wind. This is important to every sailor, whether beginner or regatta freak. 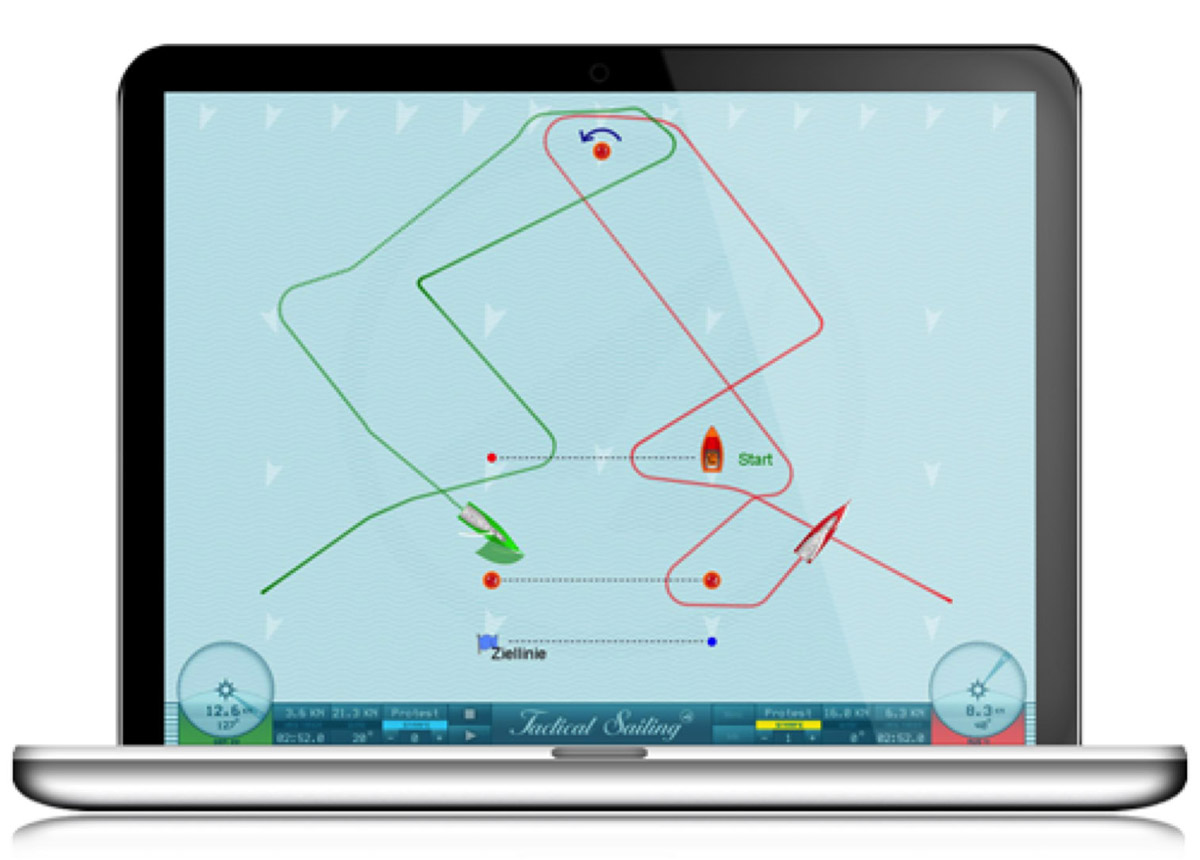 With our modern computer simulator the wind becomes visible, thus enabling the player to learn how to play with tactical finesse. Until now the passage of the wind was only shown in sailing text books as diagrams 1,2,3,4,5…. In Tactical Sailing the wind´s passage is shown in an animated form on a screen. At the same time it impressively shows the tacking lines visually.

Tactical Sailing Tips are also an offer for iPad/iPhone as an introduction to Tactical Sailing. The free app “Right of Way” is a great importance to every helmsman.

After four successful years Tactical Sailing has a selection of 11 different classes of boats - Finn included - to helm through the race area. The wind veers off, or there is a sudden lull as in real life on board!

The game begins with the one player modus. Here the player sails alone, but has a parallel computer sparring partner for comparison to his helming skills. Who reaches the finishing line first has made best use of the wind.

To enlarge the scope of the game is the two player modus. Here is played boat versus boat. Each player helms his own boat. Not only must the wind be accounted for, but also the Right of Way Rules. Any breach of rule (e.g. touching a mark or another boat) will be automatically penalised by the jury which leads to penalty points. The computer is an incorruptible jury with a penalty point account system. 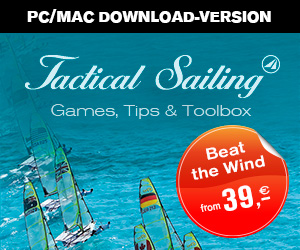 The game is available as a direct download (39 Euro) or including add on Toolbox (59 EUR); it operates on almost every computer system (Windows, Linux, Mac). Learn more about the features at www.TacticalSailing.com under “Game & Tips & Toolbox.”

For those of  International Finn Association who order the game by Feb. 15, 2015, the Coach's Toolbox (20 Euro)  is included for FREE.

Send your order by email to This email address is being protected from spambots. You need JavaScript enabled to view it. with the subject of “Finn Sailor- Voucher for Coach's Toolbox.”