With a second and a third, South Californian Caleb Paine takes a narrow lead in the first day of the Finn Silver Cup. Race wins went to Lennart Lutkus (GER) and Ioannis Mitakis (GRE)

With a second and a third, South Californian Caleb Paine takes a narrow lead in the first day of the Finn Silver Cup.

"It feels good to be leading but there is still plenty of sailing to do." declared Paine, who keeps realistic even if his mind is set for the title. T"here are many good guys here, the Greek, Ioannis Mitakis, or Jorge Zarif from Brazil."

The European Junior champion and the current World champion are the obvious favourites for the title but newcomers like young German Lennart Luttkus, winner of the first race could also create the surprise.

"I will also have to account for Lennart or Josip from Croatia who have performed well today." continues Paine.

Lennart Lutkus (GER) and Josip Olujic (CRO) had a close battle in the opening race. While the Croat conserved the lead for most of the race, Lutkus adsmart him on the run to win the first race of the championship and his first race in the Finn!

"I surely didn't expect to win the race!" explains Lutkus, "My objective was and still is to finish in the top 10. This race was fun because Josip and I were very close all the way. I took a different option on the last run to the finish. The current was strong and I stayed in the middle of the course while Josip went to the right. I passed him a 100 meters from the finish."

"I took a bad start, I was worried to be pushed over the line by the current going upwind so I was too conservative and started from second row. I then figured out that the current would be stronger in the middle so I took that option to make up some ground. I met Jorg Zarif and went around the top mark with Jorg second and Caleb third."

Mitakis conserved his lead to win the second race while Paine moved to second. Luke Lawrence (USA) moved up to third.

Caleb Paine (USA) will start the second day in the championship with a two points lead over Croat Josip Olujic and Luke Lawrence (USA) in third.

A nice westerly breeze is expected to bring again some exciting racing for two more races , Saturday in the second day of the Finn Silver Cup on San Francisco bay!

For more information, please contact Corinne Mckenzie: This email address is being protected from spambots. You need JavaScript enabled to view it.

Photos: free of right with credit to Chris Ray. 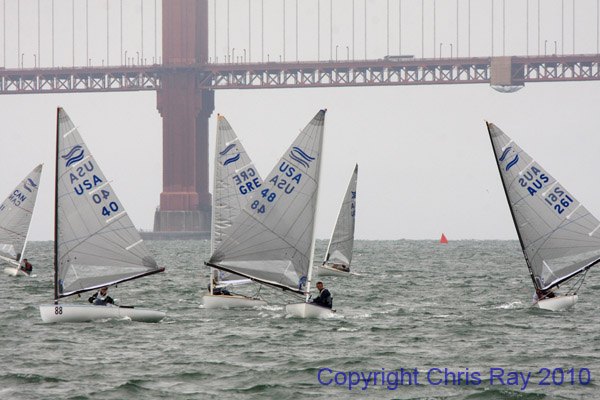 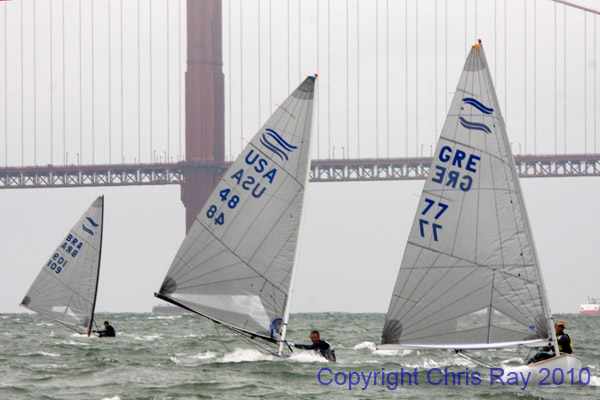 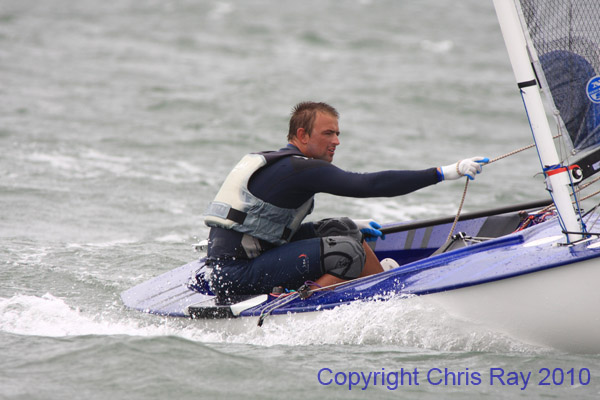 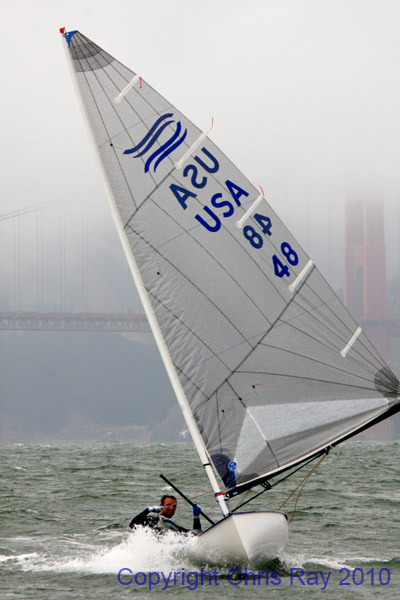