Maloney and Scott to fight for Princesa Sofia gold in Palma

Andy Maloney will take a six point lead over Giles Scott into Saturday’s medal race to fight for the gold medal in the 50 Trofeo S.A.R Princesa Sofia IBEROSTAR in Palma, Mallorca. Two convincing bullets from Scott on the final day of the fleet series has brought him within striking distance of Maloney who has led for much of the week. Maloney’s teammate Josh Junior remains in third with a comfortable gap on the rest of the fleet.

The day started sunny with all fleets held onshore expecting a sea breeze later in the day. The fleet was released from the beach at 11.00 but it still took some time to get started, by which time the breeze was building to 10-12 knots, with a lot of incoming cloud. 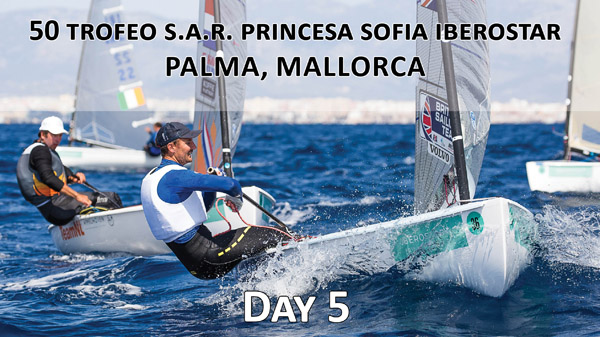 Highlights from Day 5 in Palma 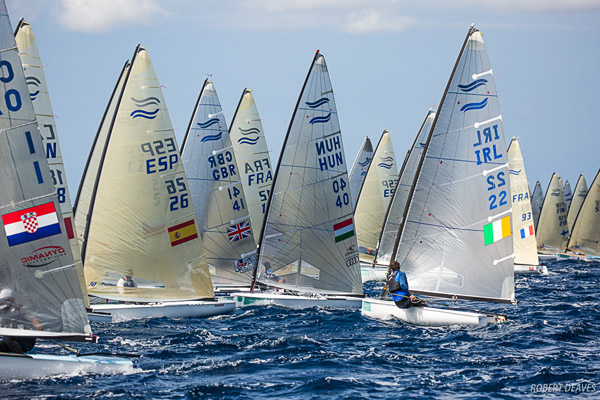 While Scott dominated both races in gold fleet to take two bullets, Maloney was not far behind with a 3,4. Junior’s score of 8,9 could have landed him in trouble, but inconsistency from the rest of the fleet enabled him to hold on to third going into the medal race.

In the silver fleet the race wins went to Pablo Guitián Sarria, from Spain, while young Callum Dixon, from Britain, won the second race, his first ever major international race win, and certainly something to write home about.

Scott said, “It was a good day for me with two bullets. It felt like it was needed because I have not quite converted, especially in the middle part of the week, so pleased to have come away with the double bullet, which puts me in striking distance for tomorrow’s medal race.”

“I didn’t change anything today; I just raced a bit better, picked the shifts a bit smarter and had a good run of it from the outset of each race, so today just kind of went well.”

Ioannis Mitakis, from Greece, made the medal race but has too much to do to win a medal. His focus though is on qualifying for Tokyo.

“The goal is to qualify in the Europeans in Athens home waters. There are four places there so I will try to take one ticket.”

“We’ve had a really great week in Palma, with really nice conditions all week. I feel the level of the others is really high. Everyone is getting better and better and that is really good for the class.”

“I think the Finn needs it place in the Olympics. It is the only boat for the bigger athlete, it’s a competitive and tactical boat and I think in the end it deserves it’s place and I think finally we will get it back.” 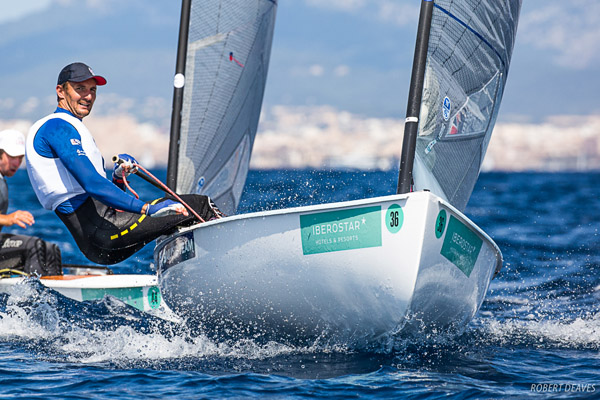 Jorge Zarif, from Brazil, also made it back into the top 10 in time for the medal race, but again his focus is on Tokyo.

On today’s racing, “We had 10-12 knots sea breeze, some small shifts, and it was pretty fun downwind with some big waves. I managed to make the top 10 today, which is satisfying after a very hard week of sailing, testing some new things, so I am happy to be in the top 10.”

“I think for me this year the Europeans is the most important thing. It would help a lot to qualify the country now, so I have confidence I can be in the top four spots there, so I’ll keep training, keep pushing and keep calm and sail well there.”

He will have a second chance at the South American continental qualifier in Rio in November, but would prefer to get it out of the way now.

“I have a brand new boat there. I set up everything there, but it would be good for South America if I were able to qualify at the Europeans so there is one more [South American] country in the Olympics, so I will try to get the place now. The Continentals are also six months away so qualifying now would be good, a relief.”

He was quite outspoken about the decision to remove the Finn from the Olympic programme.

“This political decision to take the Finn out of the Olympics was a very hard punch in my face. I grew up in Sao Paulo watching my father sailing. I did two Olympic Games in the boat as well. I started sailing the boat really young, when I was 16, and I have a lot of feelings for the boat, for the people in the class. It’s a great class, great friendships. Talking to my colleagues from Brazil in other classes nobody trains together. In the Finn most people train together. It’s a huge shame for World Sailing that they took it out.”

“There is no logic for us to be sailing right now it is wasn’t for people like Ben Ainslie, Mateuesz [Kusznierewicz], Paul Elvstrøm…all these guys. It’s like the tennis, if it wasn’t for Roger Federer, or a lot of other guys… you need history to make the sport grow and what they are doing right now with these new boats is nothing but useless to make our sport better.”

“World Sailing also say that big guys can sail the keelboat but that’s not true at all. I cannot image some kid of 16 or 17 years old trying to find the money for a keelboat. It’s not going to happen So the big guys, like us in the Finn won’t have anything to sail, so probably the Olympic careers of everyone here is over with this decision, so we still need our place.” 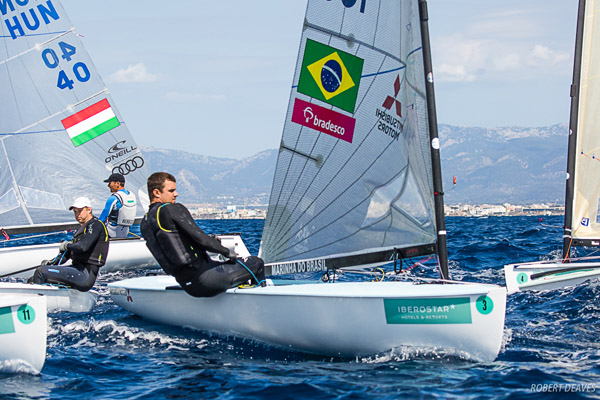 Andrew Maloney (NZL) – Sailing exceptionally well this week after a winter of hard work. Won three races and is assured gold or silver after his best week in the Finn so far. Just needs to be within three places of Giles Scott to secure gold.

Giles Scott (GBR) – Olympic champion and four times world champion and the dominant winner here last year. Had a few ups and downs this week, but rallied at the end with the best scoreline on the final two days.

Josh Junior (NZL) – Training partner to Maloney, this pair have surprised all week with extremely consistent sailing in the light airs, winning six out of the first ten group races. Famously won here in 2016, becoming the only sailor to beat Scott in three years leading up to the Rio Games. Has a 12-point lead over Zsombor Berecz, the only other sailor who can win a medal, and 15 points behind Scott, so a silver is still possible.

Zsombor Berecz (HUN) – Current world champion. Has had a pretty average, but consistent week, but came good at the end with a couple of top threes to make a last minute challenge for a medal. Needs something big to happen to turn around Junior’s points lead.

Nicholas Heiner (NED) – Steady and consistent performance from the World No. 1, and a successful the first stage of the Dutch Olympic trials for him.

Piotr Kula (POL) – Had a great week apart from one day. Still chasing 2020 selection, he competed in London 2012 but just missed out on selection for Rio 2016.

Facundo Olezza (ARG) - Young and talented, he won two races at the Rio Olympics and has been threatening the front for a few years. It is just a matter of time before he wins a big event. Very focussed and passionate about Finn sailing

Ioannis Mitakis (GRE) – 2012 European champion and still trying to qualify for Tokyo, which he will try to do on homes waters in Athens in May.

Ed Wright (GBR) – Current European champion and one of the most experienced sailors here, and still very much at the top of his game. Still looking for his first Olympic Games as he challenges Scott for the right to go to Tokyo.

Jorge Zarif (BRA) – 2013 World champion and the only Finn sailor to hold the senior and junior world titles in the same row. Also current Star world champion and Star Sailors League champion, but has yet to qualify Brazil for Tokyo 2020.

The medal race is scheduled to start at 11.10 on Saturday. 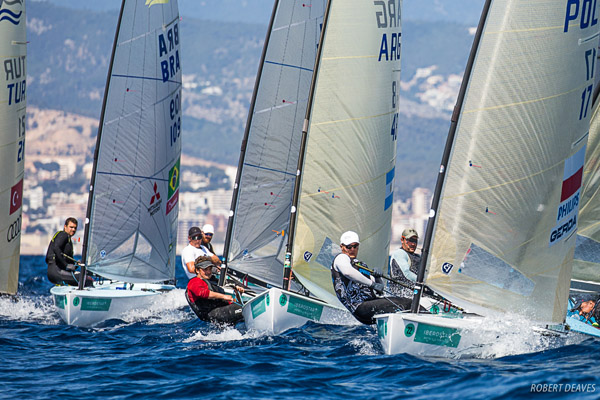