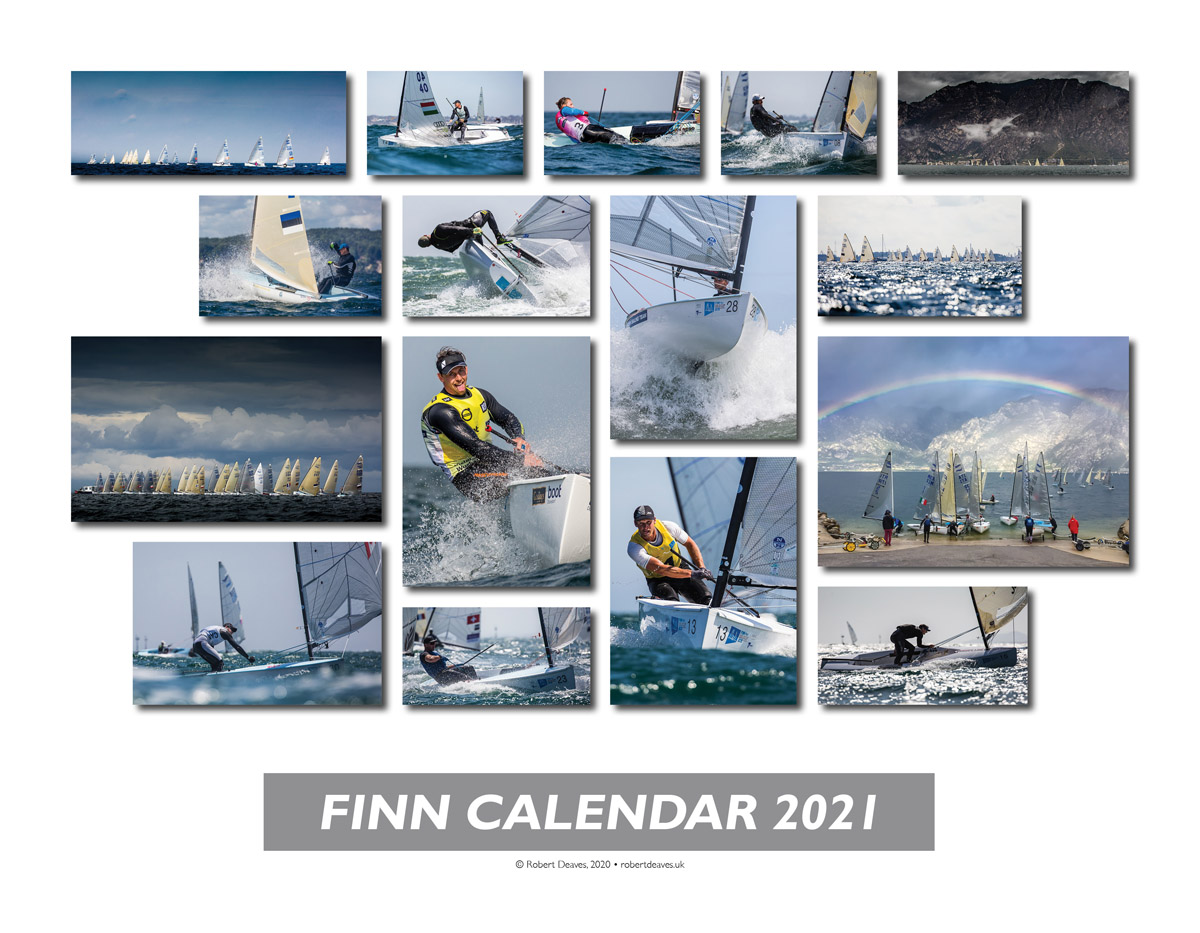 A 2021 Calendar featuring many of the best images over the past 12 months has been published and ready to order. 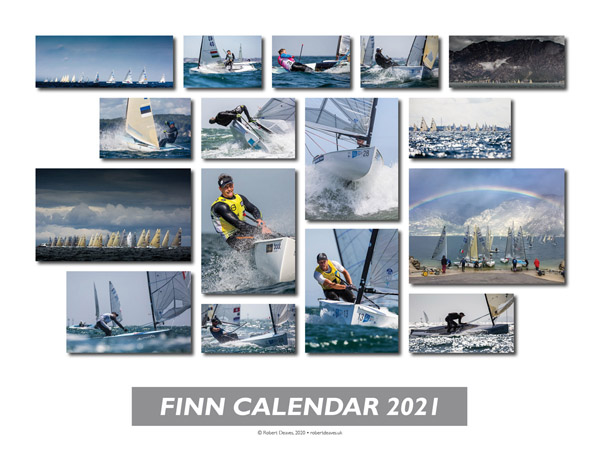 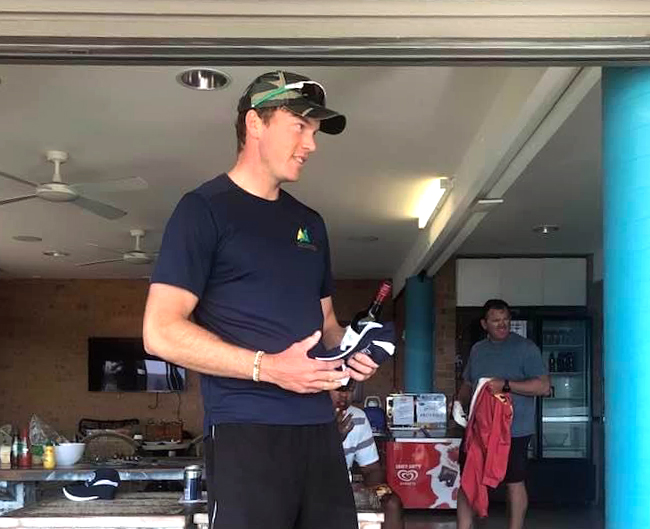 Jake writes: A great weekend was had by all with a classic NNE Sydney Harbour breeze and strong outgoing tide on the harbour making for classic Finn style racing, with the big boys relishing the conditions.

Saturday was a solid gradient breeze and a swing-off for those who could get out of the start in good shape with downwind pressure hunting proving vital.

Sunday was expected to blow dogs off chains but the fickle gradient never filled completely leaving a few groveling souls floundering in 4 knots at times while those with the gods on their side and a keen sense of smell for the best pressure scooted off in narrow 15 knot lanes.

Rafa Trujillo and Anthony Nossiter had a tight battle for superior Olympic legendary status with the Spaniard getting the better of the Aussie on home water.

It was great to see a flawless regatta run by Woollahra Sailing Club in the lead-up to the National Championships in January with fierce on-water battles and welcoming vibes onshore. Not to mention the best quality view in town with the Rose Bay Foreshore.

Special mention to James Bevis for showing everybody who was King of the Top Mark a few times. 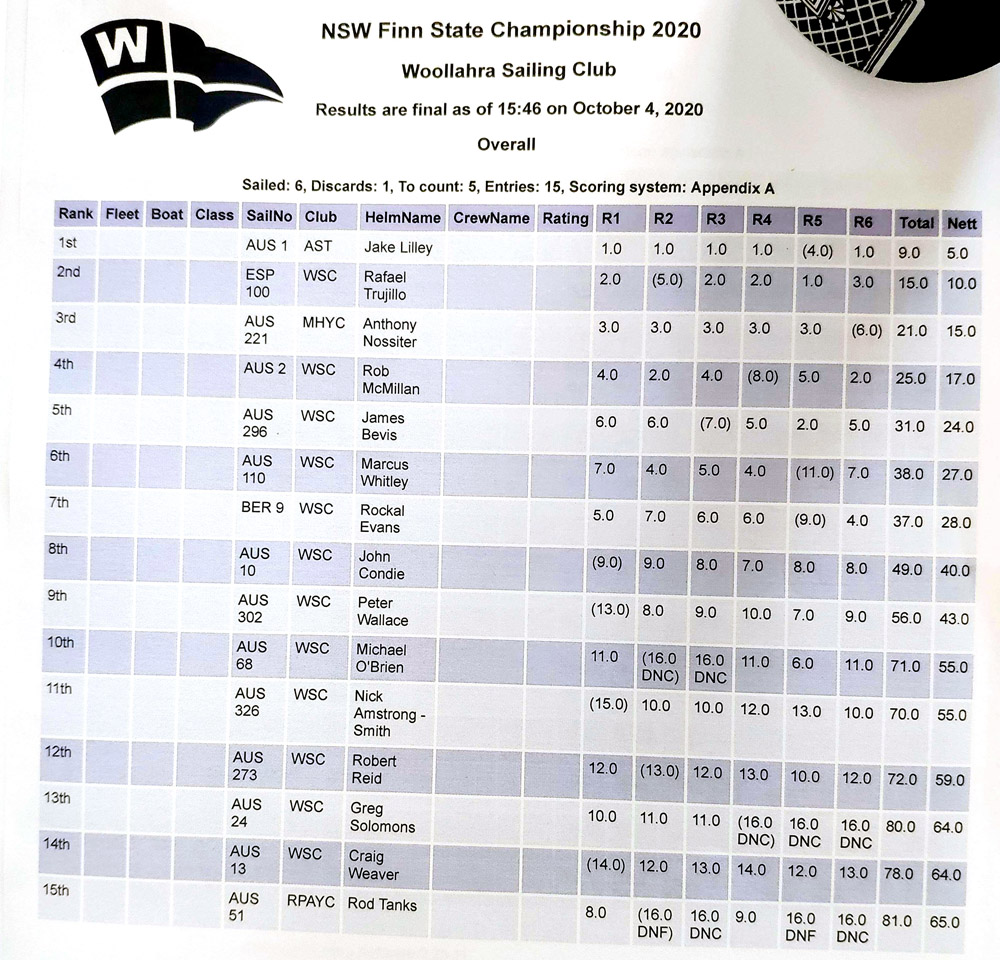 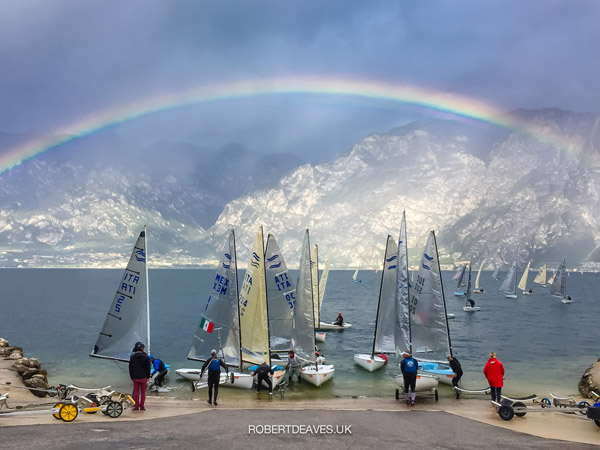 It was an early start on Sunday with the fleet launching around 08.20 for a single race in a light northerly. With the pressure off, Kistanov won the pin end of the start and dominated the left to lead round the top to go on to record his fourth race win of the event.

Behind him the battle was on for second and third and the Menoni Trophy. Roberto Strappati rounded second just ahead of Iovenitti with all the other contenders close behind. Strappati stayed ahead to place second while Juan Ignacio Perez, from Mexico, had a great final run to move up to third.

A jury protest at the final mark disqualified Italy’s Marko Kolic, which left Burger and Iovenitti, in fifth and fourth, and on equal points overall, broken only on the fourth countback. Burger took second overall while Iovenitti had to settle for third, but as top Italian won the coveted Andrea Menoni Trophy, held this year for the seventeenth time to remember the famous Italian sailor and coach. It was presented by his son Nicola Menoni, who also competed in the event again.

The Swiss team of Burger, Michael Beyeler and Peter Kilchenmann took the team prize, an innovative idea that weights the scores of sailors in different age categories to give some extra incentive throughout the fleet. 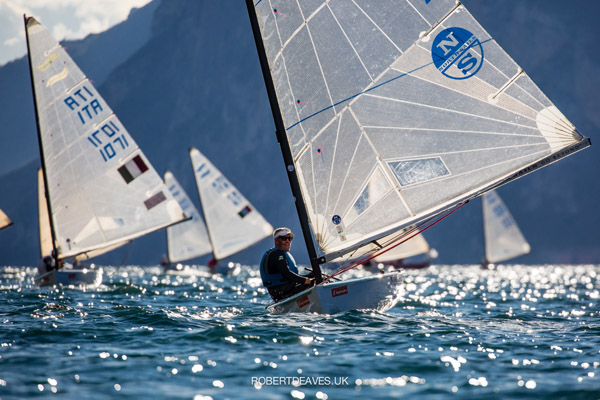 After three more races at the International Finn Cup - XVII Andrea Menoni Trophy at Fraglia Vela Malcesine, Italy, Arkadii Kistanov, from Russia, has secured the overall win with a race to spare. Christoph Burger, from Switzerland, is up to second while Italy’s Marko Kolic goes into the final day in third. The race wins went to Roberto Strappati and Kistanov.

It was a day of four seasons. Extremely strong winds from both north and south in the early morning gradually gave way to strong southerlies and a huge amount of rainfall. It was expected to clear early afternoon, but no one expected a warm afternoon of clear skies and light to moderate winds, which allowed three great races to take place.

Race 3 belonged to Italy. Veteran Finn sailor Bruno Fezzardi, pleased the home fleet no end by leading round the top mark from Strappati and Matteo Iovenitti. He held the lead until the second upwind when Strappati came past to take the win.

Kistanov had found his edge in the final race to lead the fleet at e top and extend on every leg for a large win in the slowly dying wind. Tommaso Ronconi, from Italy, sailed a great race for second while Strappati rounded off the day with a third to record the best score of the day.

Kistanov is now 16 points ahead with just one race to sail, so is assured the overall win of the International Finn Cup. However there are just five points between second and seventh, leaving the bronze and silver, and the Andrea Menoni Trophy for the first Italian wide open.

Racing concludes on Sunday with one more race scheduled at 0900.

Arkadii Kistanov, from Russia, has taken the early lead at the International Finn Cup - XVII Andrea Menoni Trophy at Fraglia Vela Malcesine, Italy after two races in light and wet conditions on Lake Garda, on Friday. Michael Beyeler and Carlo Lazzari, both from Switzerland are second and third. The opening race was won by Juan Ignacio Perez, from Mexico.

A change in weather conditions overnight left a damp, dark and largely windless Lake Garda, with rain low cloud and low temperatures. The fleet was forced to wait ashore, sheltering from the incessant rain, until mid-afternoon. Eventually the rain stopped and the conditions improved and the 34 boat fleet was sent out for two races.

Perez made the best of the upwind in Race 1 to lead round from Kistanov and Gerhard Weinreich, from Austria. Perez maintained his lead through the gate, and then extended on the second upwind for a huge win.

Kistanov led Race 2 most of the way, with some big shifts shuffling the fleet amid the return of the rain. He lead round the top from Christoph Burger, from Switzerland and Italy’s Marko Kolic. Kolic presented the strongest challenge and the two had a tough battle to the finish. Kistanov just kept his lead from Kolic while Marco Buglielli, from Italy, showed his light wind speed to come through for third.