The final day of the 2009 Skandia Sail for Gold Regatta in Weymouth, UK was set to be a spectacular finale with TV cameras on the water and in the sky and live online tracking - the only thing missing was the wind. By 12.00 four classes had already been abandoned including the Finns. 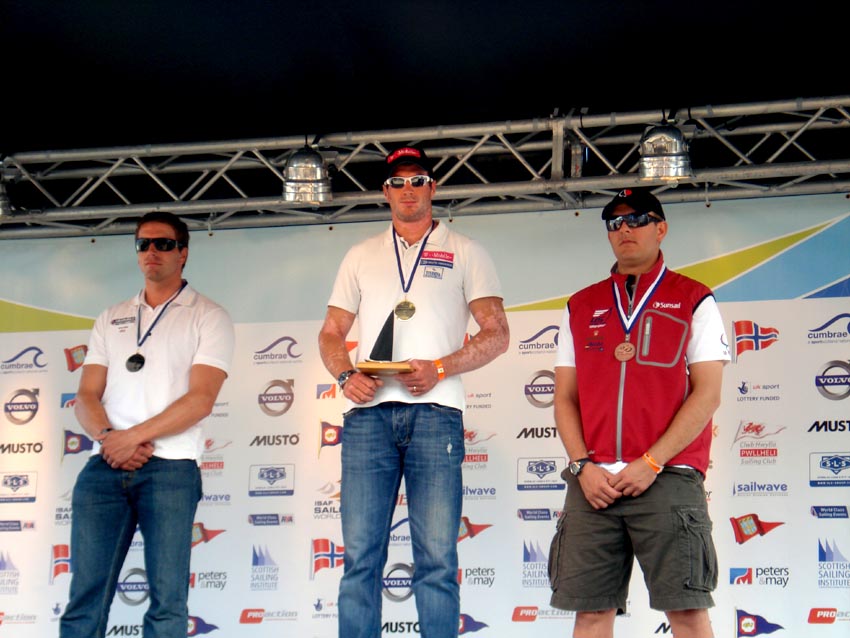 The final day of the 2009 Skandia Sail for Gold Regatta in Weymouth, UK was set to be a spectacular finale with TV cameras on the water and in the sky and live online tracking - the only thing missing was the wind. By 12.00 four classes had already been abandoned including the Finns.

An overnight change in the weather had brought soaring temperatures, sunny skies and light winds in the early morning and then a postponement as what wind there was fizzled away. After a week of strong winds and great sailing, despite a massive media presence, nature had the last laugh.

However Wright had already done enough to take the Sailing World Cup for Finns in 2009, with Kljakovic Gaspic in second and Giles Scott (GBR) in third after placing sixth this week

On the ISAF Sailing World Cup, Wright said, "It's been a great series but perhaps we should get a discard or two, so we don't have to do all the events. However for me it's been great to have a consistent year and to come out on top so I'm really happy about that."

"This week was really good, but I was a bit disappointed with day two in my bread and butter conditions and I messed up two results around 10th. I got a new boat and things are a little different and I capsized a little too much. It's a reasonably big event for me, but perhaps I just needed to test things a bit more. I didn't get delivery until a couple of weeks ago, so I didn't get the chance to race with it before this."

He concluded, "It's a shame not to win this last event. I really wanted to get the gold here on Weymouth Bay. But it's still good in the end to get silver. Ivan sailed well really well yesterday to clinch it so it's just a shame we didn't get any wind today so I could maybe fight for it back."

On the windy conditions earlier in the week, Kljakovic Gaspic said, "For me it was a bit tricky because as I am the lightest guy in the fleet (at 92kg), so I had a big fight with these guys. I struggled a lot but n the end it came out really well for me. They made a couple of mistakes and I was really consistent. At the moment the Finn is a really demanding boat to sail as the fleet is getting better and better, and we really need to be really fit and strong guys."

On the 2012 Olympic venue, he said, "Its a great spot here. It's the first time for me in England and I really feel welcome here. All the people are really nice and friendly so I am really glad to be here. I'd like to thank everybody here and the organisers. Its' a really nice place to be."