How BIG is a Finn sailor?

“Physically, mentally, technically the Finn is the most all round demanding

boat of them all. It's for men, not for the weak.

It is the only dinghy a man can sail in the Olympics.”

At the end of 2009 the Finn class carried out a survey of its top sailors to accumulate data regarding the weight, height and age when they started sailing the Finn, to try and build a picture of the current fleet and to examine how these factors have changed over the years.

For this statistical analysis the target group was the top 50 ranked Finn sailors in the world as well as a whole group of new young sailors coming into the class. The results that followed and its analysis make for interesting reading.

Tomas Vika (CZE): The most important thing is that there is no other Olympic dinghy
class for guys like me who weigh more than 85kg. The Finn is called the
'heavyweight' dinghy, but it's not so simple: If you are more than 180cm
tall and you want to work on your physical condition in a gym you will
always weigh more than 85kg and that is the reason why Finn has to stay as
an Olympic dinghy in future years.

Nachatar Johal (IND): The Finn gives so much flexibility in having a mast
and sail designed specifically for yourself. It is very tactical sailing
with not much boat speed differences in top sailors and relatively new
sailors. Very cooperative, friendly and helpful international fleet. I don't
have to starve myself to remain 80kg for sailing the Laser and I can eat properly.

The numbers and graphs below really show the evolution of young people's physiques and the help that new mast and sail building materials have provided in making the Finn more accessible and available for a larger range of body sizes.

It is a widely reported fact that people across the world are getting taller and heavier through better diet and better standards of living and this is reflected in the results of the survey. Perhaps as a result of this, sailors are also starting in the Finn much younger than their predecessors did. In fact the average age for starting out in the Finn has dropped from 24.7 in the 1970s to just 17 in the 1990s.

In addition, in the current top 20 world ranked sailors:

Table 1 shows the distribution of the heights of the sailors compared with when they first entered the class. 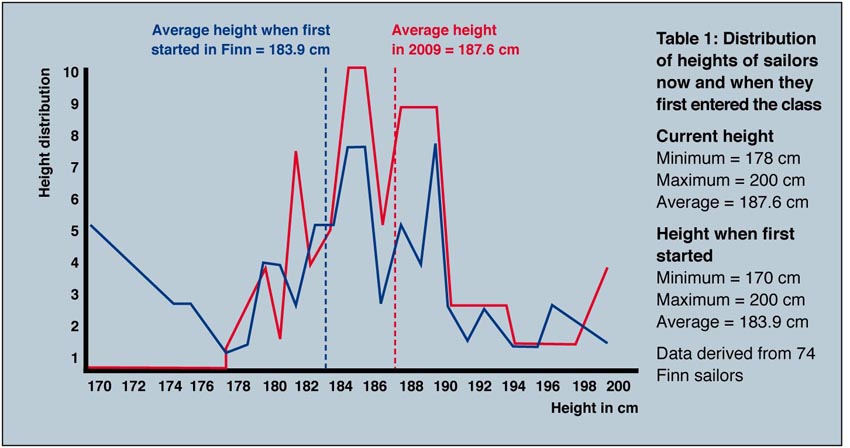 Tapio Nirkko (FIN), runner up, European Championship 2009: The Finn is the only single handed

dinghy for my size. It is also a very cheap class for equipment when hulls and

masts are so good quality that you can sell them with very good resale price. Also sails

don't wear out that quickly. As a class the atmosphere is very good and a large
bunch of good sailors make the training and competitions high standard.

Table 2 shows the distribution of the weights of the sailors compared with when they first entered the class. 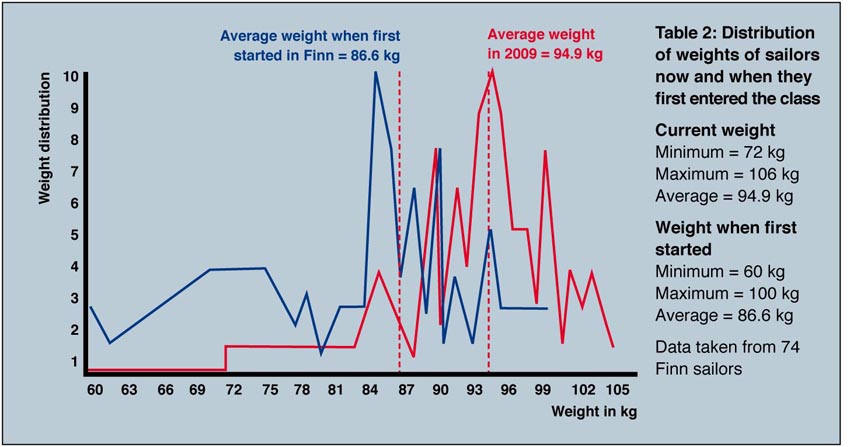 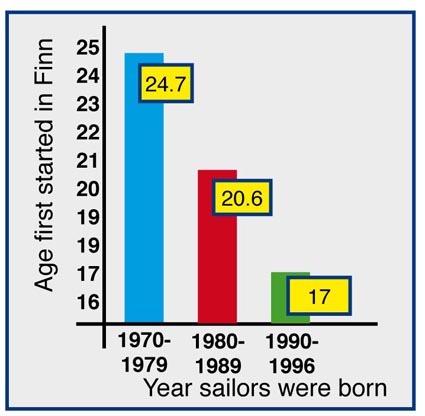 Table 4 shows the statistical relationship between ranking, weight, height and age first started in the Finn 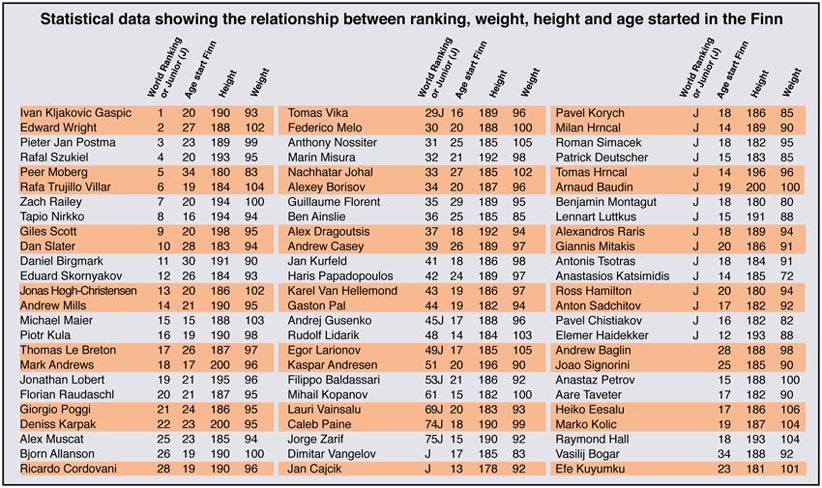 most fun, challenging boat for strong, athletic sailors with a competitive

Table 5 shows the previous class sailed by the target group of Finn sailors. It is interesting to note that the vast majority increasingly move into the Finn from the Laser class, for one overriding reason – they outgrow it. 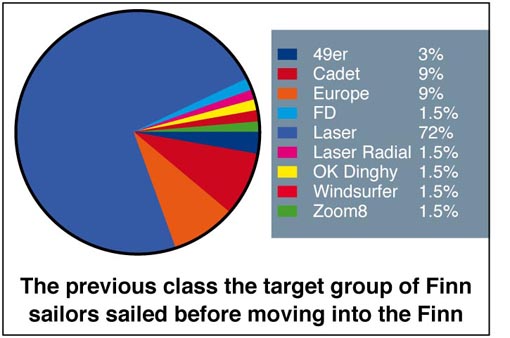 class to sail, especially in trimming. I also found it
hard to keep my weight around 80kg in the Laser.

Daniel Birgmark (SWE), 4th 2008 Olympics: Sailing the Olympic Finn gives you the most

the sailors athletic capacity as well as tactical and strategic skills. It's

the perfect singlehander for sailors over 85kg. Competitive equipment is

easily accessible and widely spread all over the world. It also has a relatively

low cost because of long lived and high quality equipment, and there is a

Note: these costs are before resale on any gear. Finn equipment generally maintains high resale value, so most gear (apart from sails) can be reasonably expected to be worth 60-70 per cent of its purchase cost after a four year campaign.

Haris Papadopoulos (CYP): For me sailing Finns was a completely new sailing
school. Great competition among the best sailors of the world and I want to
become one of them. Even when I was very light I could still sail the Finn
in strong winds. I believe the key point is that different weights and
heights can sail this boat.

Caleb Paine (USA): I was 150 pounds (68 kg) when I started to sail the
Radial and then a year later switched into the Laser. The Laser was a great
boat, but I was still growing. The Olympics has always been one of my dreams
and I would not have been able to do that in the Laser, because of my size.
I was then approached by Scott Mason to sail the Finn. I sailed the boat and
it was perfect. I now look forward to every sail I do in the Finn, and love competing.

Summary
In summary, the above data showcases the Finn's ability to accommodate a wide range of sailors in respect of their age, weight and height.

Moreover, the data also shows that Finns are sailed from a much earlier age at international level and that there is an inevitable need for providing a suitable single-handed dinghy for young men, being nowadays naturally much bigger than their parents were.

For the majority of the sailors surveyed, the Finn is the vital piece of equipment that keeps them training and competing at the highest level. For these young, talented and extremely fit athletes who all weigh more than 85 kg and are taller than 1.8 metres, there is no other dinghy option if they want to live their Olympic dream.


Zach Railey (USA), Silver medalist, 2008 Olympics: For single handed sailing the Finn is
my only option given my weight and height to pursue my Olympic sailing dreams. With
the technical and physical demands of the boat, the Finn is a pure test of a
sailor's ability to react to the changing conditions on the race course
under intense physical exertion.