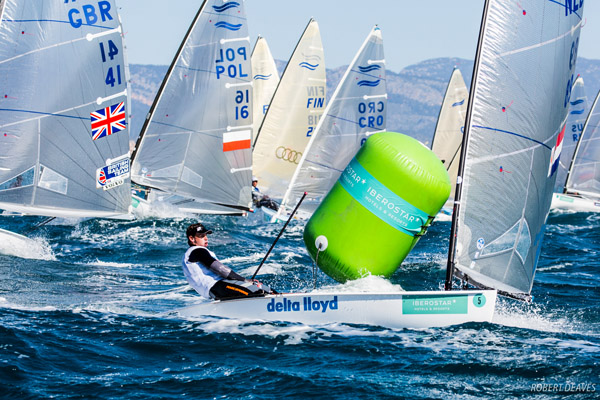 The timing of these changes was planned so that they come into force after the end of the World Cup Series, but before the serious part of the season begins, including the first stage of the Tokyo 2020 Olympic qualifications in Aarhus, Denmark, in August. This gives the sailors enough time to adjust and plan ahead to be ready for the second half of the year.

The main change is to limit equipment that can be measured into major events. In the past, sailors could have two of almost anything (except hulls), but that has now been reduced to one of each, with the exception of sails. From June 11, 2018, when Rules C 6.2 is invoked in the Notice of Race or the Sailing Instructions, sailors will now only be allowed to measure in one boom, one mast and one rudder, in addition to one hull, one centreboard and two sails.

The objective of this is to try to limit equipment costs. Sailors will still be able to bring two masts, but must chose one for the event. It is hoped this will encourage sailors to have one all round mast, plus a travelling spare, limiting development costs of both masts and sails.

It will also have a knock on effect that equipment inspection should be faster and more efficient, reducing the number of items that need to be certified by up to 300. Sailors can still bring spare gear, but these would only be allowed for use if the original equipment was damaged beyond repair and with race committee approval.

The other major change is the permitted use of ‘Electronic heart rate monitor’ devices. Athletes of all sports use these during training, and many Finn class athletes wished to use simple heart rate monitors during competition to analyze their performance. The devices used are not permitted to have any other function such as GPS positioning or communication.

These two important steps for the class continue its evolution in, not only attempting to control equipment costs for athletes without undermining the culture of the class, but also embracing new, and low cost, technologies to benefit the athlete's training and development.

The amendments and new rules can be found at: http://www.sailing.org/28199.php