The Finn class is delighted to have eight nations – two from Africa, two from Asia, three from the Americas, and one from Europe – participating in the Emerging Nations Program (ENP) in connection with the Hempel Sailing World Championships Aarhus 2018, the first qualifying event for the Tokyo 2020 Olympic Games. 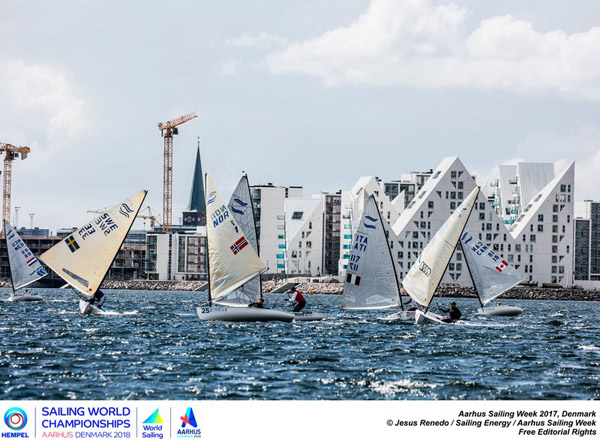 Sailors from Bermuda, Cuba, Iran, Hong Kong, Namibia, Serbia, South Africa and Venezuela will benefit from coaching and support before and during the championship in Aarhus, which is the second most important regatta in the quadrennium.

These eight sailors will join 92 other Finn sailors in Aarhus.

Due to the high demand for Finn placesin Aarhus, the organising authority increased the quota for Finns from 90 to 100 (compared with just 80 at the same event in Santander in 2014) and it is already fully subscribed. More sailors are also on the waiting list with MNAs requesting additional places.

Klaus Natorp, Head of the Hempel Sailing World Championships commented, “We are delighted to see the worldwide popularity of Olympic sailing and the Finn Class fill their quota early. The increase to 100 entries allows additional nations to enter for the Hempel Sailing World Championships in Aarhus. This is great as we want to attract as many nations as possible. We are also looking forward to welcome the Finn Class and the new nations at the next ENP camp. The great collaboration with the Olympic Classes and World Sailing has made this possible.” 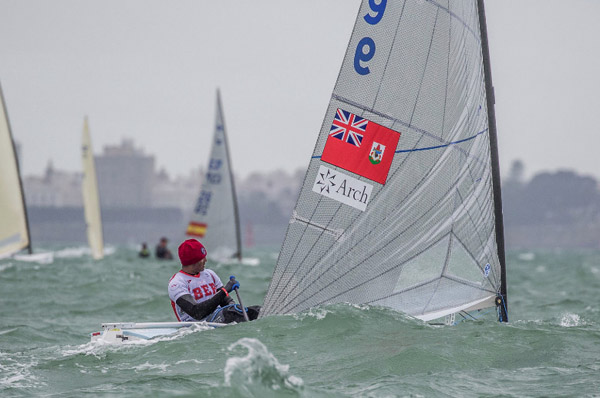 Rockal Evans is hoping to emulate his grandfather, Howard Lee, who competed for Bermuda in the 1976 Olympics in the Finn

The ENP is offered to sailors from countries where there are little resources to support the training facilities for the sailors. Of the eight nations represented in the Finn class, the four sailors from Iran, Serbia, Namibia and South Africa will be the sole representatives of their country in Aarhus.

The Finn class ENP in Aarhus is a three way project with funding from the Aarhus 2018 Organising Committee, World Sailing ENP funding and the Finn class, all working hand in hand to make this great collaboration possible.

Initially it was intended to run clinics for the Laser, the Radial, and one other class that has strong traditions in Denmark. However there will only be clinics for the Finn and the Radial classes before and during the 2018 worlds. Former Finn sailor Mads Bendix, from Denmark, will coach the ENP Finn sailors through a pre-championship clinic and then support them all the way through to the end of the regatta.

James Dagge, from Hong Kong, sums up the feelings of the group when he said, “Without the ENP my successful continuance in the Finn class would be questionable. I am completely on my own in Hong Kong, no coach or training partner, so just to train with other boats will be amazing. I am extremely grateful for this opportunity. I am looking forward to intensive training against some really great sailors – who stand between me and a top ranking, so it should be great.”

Some of the sailors will also be training at the Valencia Dinghy Academy, which has strong links to the Finn class development programme, prior to the Aarhus clinic. The ENP participants will get free accommodation, equipment and coaching for the clinic and the duration of the worlds. The Finn class is also helping secure suitable equipment to make sure each sailor has the correct mast and sails for their height, weight and sailing style. 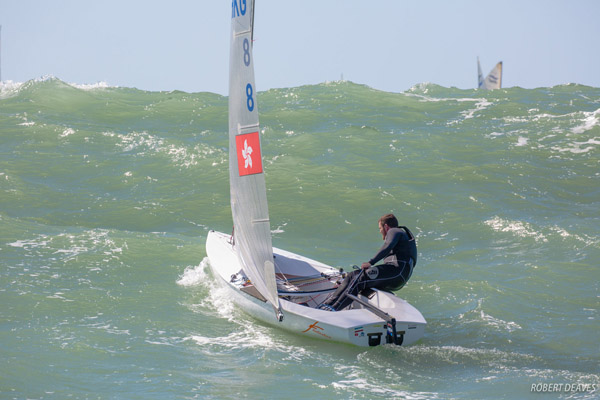 James Dagge at the 2018 European Championship in Cádiz, Spain

Here are a few of their stories.

James Dagge, 28, is a life long sailor, predominately in Lasers and Etchells, “But I am a big boat tactician now, so getting back into dinghies has been a good challenge and lots of fun.” He sailed his first Finn regatta in January 2018 in Australia, followed by the Europeans in Cadiz, Spain in March and has a full programme ahead as he tries to qualify for Tokyo 2020.

His day job is as an airline pilot with Cathay Pacific in Hong Kong and he trains out of the Royal Hong Kong Yacht Club. He said, “The Olympic Games has always been the ultimate goal, nothing comes close in the pursuit of perfection. As for the Finn, no other boat lets the big boys compete at that level.”

Andres Lage, 26, from Venezuela, “The Olympic Games is my whole life dream, I wake up and go to sleep thinking about it. The reason of my switch to the Finn class is because I found it very attractive with the free pumping and the way it now is very physical.”

He sailed his first youth worlds in Aarhus in 2008, and then began training for the Rio 2016 Olympics. However political instability in Venezuela made it impossible to continue, so he stopped and moved to Spain and set up a sailing school.

To compensate for the lack of sailing competition he took up triathlons and Ironman contents. “I was hoping to do something very challenging (because it was the Olympic year and I had this feeling of not being in Rio that I needed to fulfil. So I signed up not to one Ironman, but two. I really enjoy sports, competition and improving myself”

“When I migrated to my grandparents country, Spain, my Olympic dream was almost over, and then I found ways to keep fighting for it once again, even knowing that was very hard to keep it up with no support from anywhere.”

“When I was young everybody would tell me that why I was so focussed on sailing if I wasn’t going to live by sailing, and then the turns of the life prove everyone who tells me that back then they weren’t wrong (including some of my family) and now they are super proud I am making my way through with the thing I love the most.” 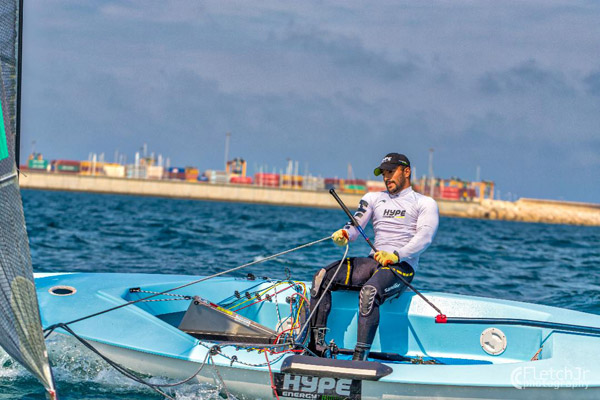 Tihomir Zakic, from Serbia, has been sailing Finns both at home and in Hungary since 2013, became Serbian national champion in 2016 and has set himself a goal to increase the size of his national fleet.

“In the past 4-5 years my goal has been to increase the Finn class in Serbia. When I came back we had only three boats and now we have more than 10 boats at the National Championship. When I see the Hungarians, and their large fleets, that is my goal to grow the class at home.”

“My motivation to sail the Finn is the challenge of being better, competing with the biggest and the best. As we are small and economically poor country Aarhus is a special opportunity to see and learn from the best. It will be of most importance for my learning and even so for passing knowledge to others in my country. Beside the knowledge of Finn sailing there is the organisation itself, also an important part of sailing world.”

He says the ENP will be invaluable for him. “I think the principal benefit is to train with people with much more experience in this boat that can give me the right advice and knowhow, as well as the support in every aspect, because otherwise it would be very difficult, if not impossible.”

Ahmad Ahmadi is attempting to be the first Olympic sailor from Iran. He competed the Asian regional qualifier for Rio 2016, helped by Finn Class development funding and is now full time training for Tokyo, again with Finn class funding, but the ENP providing additional support.

“Making history for my country and nation and the region and breaking some other records in our continent – all will help to develop sailing in my nation and achieve my childhood dream. Every time I think about that, it makes me more motivated and greedy to make it happen, and by doing that my hope is to make sailing significant by qualifying for the Games, introduce sailing and make sailing familiar for every Iranian and I’m sure I will do it because I see that potential in myself.”

“The level of racing in the Finn class and how exciting and tight is it – and how you can pass other guys if you are fit while being focused and having tactics –is quite different than other classes and makes me more excited and when a race finishes I can’t wait for next one. In general I have a really good feeling while I’m sailing Finn in highest level.” 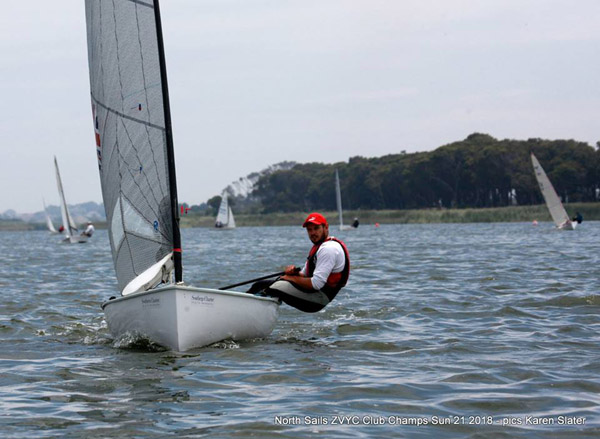 Constantin Hatzilambros, 33, from Namibia, moved into the Finn 18 months ago after sailing Lasers and Hobies. Up until Aarhus, he will be training in South Africa.

He chose the Finn because, “The level of Finn sailing appeals to me due to the sailor having to be in peak athletic form, that the Finn allows for very close and competitive sailing and that the class is open to work on the equipment and sails, as it's not a one design class. In general Finn sailing is attractive that it's relatively cheap to sail, competitive racing, and is the only single handed dinghy available for tall, strong men.”

He believes the ENP clinic, “Plays a vital role in assisting sailors from more remote areas of the world. This knowledge can then be passed onto the fleets in their home countries and improving the level of sailing down to grassroots level.”

The Finn class is very pleased to welcome so many new sailors to the class through the Finn ENP programme and wishes them the best of luck in Aarhus in August.